What Dating As a Single Mom Is Really Like 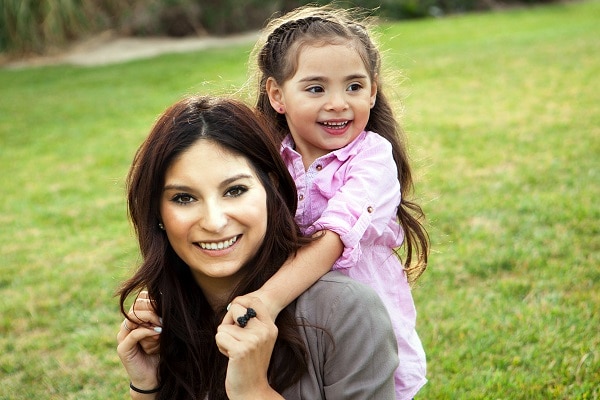 As of next month I will have been single for two and a half years, that is two years longer than my previous record of time single since I was seventeen. I’m now almost twenty seven and if I thought dating as a teenager was hard, the thought of dating as single mother is a nightmare!

When you are considering throwing yourself back into the dating pool, it’s scary. And it feels even more scary the longer you leave it. I won’t say I haven’t tried on a few occasions over perhaps the past year or so but anytime I get close to possibly going on a date, I find an excuse and retreat into my shell again. I ignore texts, and often it seems like I’ve fallen off the face of the earth. But I never used to be like this. When it came to dating and men, if someone showed me the slightest bit of attention I was all theirs. But now, the attention makes me turn and run in the opposite direction. I just hope when the right person comes along, I’ll know and I’ll willingly make that jump.

It’s not just the fact I’m scared because I came out of a bad relationship.

I’m scared because this time around, for the first time ever, I have someone else to consider.

My daughter will be three in January and she doesn’t have anything to do with her father. She has never had a father figure so it will be a huge change for her. Of course, not in the beginning. She has to always come first and any potential men need to understand that. I will always do what is best for her before any relationships or personal interests and sometimes that is a lot to handle. It does take a special kind of person to take on someone else’s child, especially if you don’t intend to have any together (although this doesn’t apply because I do). So not only do I have to expect a guy to put up with any baggage I have, that I was badly burned last time around and I will need to take it slow, but I won’t be able to put him first as my little girl has that position for the rest of our lives. I have to take this into consideration along with all the other things I’m looking for in a guy and I worry that there isn’t anyone out there for me that will fit the bill.

My other problem is meeting guys. As a single mother I don’t have the luxury of a spontaneous night on the town. If I want to go out it has to be planned months in advance for a sitter. Then I can’t risk getting too drunk and I usually have to be back before midnight. I also could never dream of bringing someone home when my mother is sat in the front lounge watching tv! I have lived away from home during practically all the other times I was dating so this was never even a consideration. If I wanted casual sex, I just went to his or brought him back to mine. Now I can’t even get that! All the things I never even thought about in the past is constantly at the forefront of my mind these days. Throw this into the mix with my new found anxiety and meeting a guy while out on the tiles is out the window.

So what other things could I try? The dream is of course meeting a handsome single dad at the school dance, but I think that only happens in all the romantic movies that have rotted my mind over the years. Here are some of my best options when it comes to meeting a guy I’ll click with.

Eating Out
If you’re eating out yourself try and strike up a conversation. I’m actually not too bad at this after studying drama and working in the catering and hospitality industry all my working life. This is even better if you child is at school (or in my case, nursery) as the waiting staff often strike up a conversation. I have got phone numbers in the past this way so I know it works. I haven’t tried it since becoming a mother but if I had to suggest a way to meet guy this would be one of my top choices.

Online Dating
I think this is one of the most popular way to find a date these days. A lot of my friends met their partners through a dating website like WeLoveDates Single Parent, for example, because it’s so accessible these days. Most dating websites have an app so you can even check your matches on the go. I have tried this one, and I have made friends this way, but no dates.. but that’s probably because anyone I’m attracted to I sort of write off as trying to Catfish me anyway.. oops. I think this could be my most fruitful option if I really set my mind to it and gave it a chance.

Join a Social Group/Club
Or even join the gym. Somewhere that it’s socially acceptable to talk to people in a relaxed environment. Remember the time in Sex and the City where Miranda met a guy at her Weight Watchers group? Why not look into joining a local club, most towns have sports and social clubs. These are ideal if you’re looking for a type of guy, artsy, take up an art related course, sporty, go to a badminton club. A lot of cities also have single parent clubs, yes they are usually filled with women, but it’s worth a look, right?

Have a Friend Introduce You
So all your friends have boyfriends, surely those boyfriends have friends of their own? Ask your friends to introduce you to a friend of their boyfriend or even a friend of their own. There is a good chance they’ll be able to gauge the sort of man you’re after (well they should if they’re a good enough friend!) Of course, they might think they know what you want, rather the sort of man you need now that you have a little one to consider, especially if they don’t have children of their own.

Of course, with online dating and being introduced by a friend you do have the problem of attraction. In my honest opinion you need mutual attraction to make things work, you have to have chemistry or you’re onto a no starter. It’s all good and well being great on paper for one another but if you aren’t physically attracted to one another it will fizzle out fast. Unfortunately so far any guy I have been attracted to finds me repulsive. Typical huh?

I worry that I’m choosey, I worry that I don’t give people a chance anymore because I have written off all men to be the same. I never feel like I say the right thing anymore. My whole world revolves around my daughter and because although I get lonely, and although I do want to get married and have more child, I worry that I don’t have the room in my life to let someone else in. I worry they won’t love my daughter and only love me. All concerns I would never have had to address in the past. Yes, we all have worries when it comes to dating, but in the past it was whether or not my dress made me look fat (yes, I do still have that worry, but it’s small compared to the other stuff), and don’t get me started on my fear of getting my kit off in front of someone else. I have had a baby, and you can tell. I have made no real effort to get back into shape!

When you’re back out there lots of people will try and give you advice, but at the end of the day you can only do what is best for you. We all learn from our mistakes and we all carry baggage, it’s just finding that person who can help carry yours and you can manage theirs. On paper I seem jaded, I seem like someone who is content living with her daughter and her cat, but I’m not. I’m the eternal hopeless romantic and whether I’m terrified or not, I’m going to keep kissing frogs until I find my handsome prince. Everyone deserves a happily ever after, why not me?