10 Signs He’s Falling For You 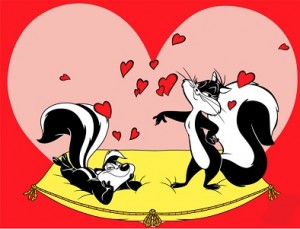 The beginning of any relationship can be both exciting and quite a bit confusing. You don’t want to have the relationship talk too early, but part of you wants to know if you two are an item! You want to know how he really feels about you, and more importantly, if he’s dating anyone else! Like most situations in life, actions speak louder than words. Here are ten signs he’s falling for you in a serious way.

1. He reserves the best nights of the week for you.

Thursday, Friday and especially Saturday.  Giving you his Saturday night on a consistent basis it means you’re the number one female option in his life. I’d start to worry if you only get scheduled for early to midweek dates.  Monday or Tuesday? Doesn’t look good.

2. Tells you he misses you.

It can be tough for some men to let their “macho” walls down. Texting you or calling to say he misses you, is a tell tale sign he’s fallen hard.

3. He introduces you to his friends.

It’s one thing for him to mention he’s told his friends about you, it’s another thing to bring you around them for show and tell. Letting someone your dating into your social circle is shows them know your proud that you’re together.

While this conversation can be mundane, it’s his way of showing he’s interested in the details of your day-to-day life. There’s bonus points for the men who ask follow up questions and pay attention to the details. He cares about you, so therefore he cares about all of your friend drama, work issues and random thoughts.

Spooning on the couch could be a sign he’s angling for sex. Although, if he cuddles for hours on end while keeping things PG, he’s showing you he can physically behave in close proximity, and he’s not just looking to get lucky. He just wants to be close to you…aww.

6. Makes future plans with you.

It’s one thing to figure out what you’re both doing next weekend, but planning a vacation/getaway weeks or months in advance reveals you’re in his long-term plans.

7. Gives you a nickname.

There’s no better term of endearment than giving you an original nickname. Sure, I guess if he calls you babe or honey we can still count it. Better sign is when he gives a nickname based off of an inside joke or story only you two were a part of — this separates you from all of the other women he’s had in his life.

8. He lets you control his car stereo or control the remote to the tv.

He’s so into you that he surrenders dominance over his all important entertainment. If he lets you take control of the radio with little to no push back, you’ve got more power over him than you may think (at this point he’s putty in your hand — mold him however you’d like). Take it easy on him though, don’t leave it on the Taylor Swift pandora station for 5 hours of a road trip.

9. He keeps an extra toothbrush for you at his house.

When those late night “movie” sessions at his place turn into sleepovers, things are definitely trending in the right direction. Leaving an extra toothbrush at his house symbolizes he’s cool with you marking your territory in his personal space and is encouraging you to stay the night.

It’s often the little things that are important. These are the sentimental moments that make you randomly smile whenever he crosses your mind. It could be flowers sent to your work or a little note left on your counter — showing he cares when you least expect it is what matters most.