6 Things I’ve Learned About Dating in a New City 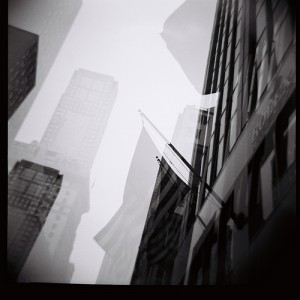 I’ve made two huge moves so far in my grown up life — one to Chicago and then to New York City. Making friends was fairly hard as it usually is when you’re an adult, but I found it a fairly smooth process. Dating, however, was a totally different story. I mean, how are you supposed to go out and find romance when you barely even know the people you’re going out with? Sometimes it felt kind of depressing. So, here are a few things I’ve learned about dating in a new city.

It’s OK to go out alone.

I will admit that this varies by city and you have to be sure to have a good spot where you won’t notice you’re alone. I found a good dive bar about a block from my place and would often bring a notebook. I can’t say I met anyone, but I did befriend some bartenders and was able to get better acquainted with my neighborhood. Getting out of your home, regardless of who you’ll meet, is always a good thing when you’re a newbie in a city.

Don’t rely on your boyfriend to be your social life’s saving grace.

You might click with someone soon after you move to a new place, but that doesn’t mean you can call it quits in the friend department. It’s still important to establish your own grounds. Find your own coffee shop to hang out. Make a group of your own friends. I don’t want to be cynical here, but your newfound romance might not last forever. And even if it does, you still need to have your own thing. Likewise, don’t search for a boyfriend solely because you think you won’t have to make friends. You still need to.

If you’re not on an online dating site, what are you waiting for? With all you have to do – starting a new job, setting up a new home, finding local places you like – you’re not going to want to give up a few hours to set up a profile. And, if you do it out of boredom that will be a total disaster (I speak from experience). So join a site a couple of weeks before your move.

And, if you’re already on a site, switch your location beforehand.

It might sound dishonest, but it’s not. It’s only deceitful if you put in a location where you never plan to live. Switching your location gives you a chance to talk to matches before you move. Maybe even set up a few dates. When I moved to New York I had two dates set up the first week I moved here. It might seem aggressive or maybe even weird, but for me it almost created a sense of normalcy.

Don’t settle for the first guy you meet just because you feel lonely.

It’s easy to go out on a date with a guy and get swept up in all the novelty of everything. But newness does not a romance make. If you find you really click with someone make sure it’s for the right reasons and not just because you’re tired of sitting alone in your studio apartment every Friday night.

Don’t date someone just because they’re the quintessential New Yorker (or Chicagoan or any other city-an).

When I first moved to New York I had a tendency to drift towards the starving artist, hipster type guys. And while I’m not saying anything against those kinds of guys, it just wasn’t a good idea to focus on those kinds of guys for all the wrong reasons. Be open minded and find a guy (or gal) that you truly connect with.

Dating Profile Dealbreakers
Science Answers the Question: Are Soul Mates Real?
Stop Worrying Your Man Will Cheat with the Anti-Cheating Ring
Back to December: The Best Online Date I’ve Ever Had