Dating a Welshman: The Fiery Truth 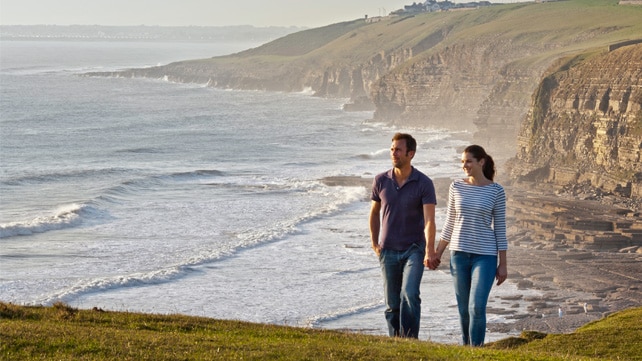 Us Welsh are a rare breed and we’ve got a hell of a reputation for a country of only three million people. Just to put that in perspective, England has over 50 million people. Like impassioned artists, Welshmen flitter between their two natural states: either fiercely competitive – largely due to the fact that Wales has to shout so loudly to be heard – or completely passive and un-opinionated – due to the fact that we really are quite sheltered from much of the world’s problems. Life’s good in Wales, and we know it.

Bold, Brave and Fun
Blessed with a warm and light-heart nature, a date with a Welshman is guaranteed to be fun. Perhaps a little too fun, you might say. Our old-fashioned values mean it’s important for us to treat our ladies well, but it’s also important to maintain an air of independence, mischief and cheekiness. Less James Bond, more Austin Powers. It’s not admirable to be “too nice” in Wales, and we learn the hard way that nice guys finish last. Yes, we’ll complement you on how beautiful you look, but we’ll do it with openly wandering eyes. Yes, we’ll open the door for you, but only so we can give you a little a tap on the derriere as you pass.

Fiercely passionate and loyal
No self-respecting Welshman would have a bad word said about their country – especially if it’s an Englishman saying it. Day-to-day life revolves very much around family and friends. We’re brought up the old-fashioned way, to raise a family of our own and provide for them the best we can. Yes, careers are important, but work could never compete with how we feel about our loved ones. If an “exciting” job opportunity arose, but meant moving away from our family and friends, or worse yet, away from Wales, forget it! For most Welshmen, the very thought of leaving “The Land of Song” with its gargantuan mountains, rugged coast lines and fairy tale castles, well, it’s simply out of the question. We know our neighbours and spend much of our lives living in the same villages and towns like Swansea, drinking in the same pubs and watching the rugby at the same rugby clubs. In fact, many Welsh pubs still have a back shelf where the locals keep their personalised beer mugs. By the time they’ve walked into the pub, said hello to a few friends and pulled up their bar stool, a pint of their regular is already poured and waiting.

No Fuss
We’re a simple bunch, us Welsh. Not in a bad way, and certainly not in the way the tired old clichés make us out to be. We have fancy, Michelin-starred restaurants and expensive wine bars built for millionaires – yes, we have those too – but quite frankly, we’d rather take our date down to the beach for a walk with the dog. Forget black tie and ball gowns, we’re more gilets and wellies. Ever practical, we’ll pack a flask of hot tea and take a few cheese and tomato rolls to eat whilst looking out over the rolling waves and dancing white horses. More importantly, perhaps, we’ll pack a cheeky bottle of wine which we’ll present to you as though it were a platinum rose. Of course, most Welshmen will probably forget to bring a corkscrew, but it won’t take us long to find someone we know on the beach who has one on their keyring. And if you get cold, there’s nothing a Welshman won’t do for you. Chivalry is certainly not dead in Wales.

Looking for dates in Wales? Double your chances and give Cardiff Dating Site a try for free today.

Naughty or Nice-The Surprising Way To Keep a Man Interested
The Best (Worst?) Cheesy Pick-Up Lines
How To Date Online When You're Suffering With Anxiety
The Complete Guide To Being An Irresistible Woman: 6 Techniques That Will Keep Him Wanting More