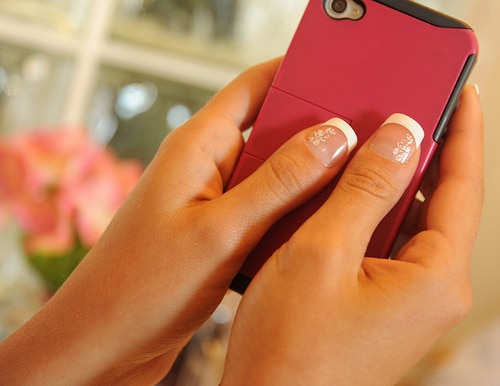 Did you know that over 30% of Brits admit to checking their smartphone during sex?! Crazy, right?

Years ago, I dated a guy a guy who would immediately jump out of bed after sex to check his email. At the time I thought his behaviour was obsessive, anti-social and very un-sexy. However given the statistic above, it now seems like small peanuts in comparison. Now that social media is everywhere and integrated into almost every aspect of our daily lives, there there are so many more ways to alienate the people you’re dating.

1. When they text you to make plans, their messages include hashtags:

“What are you up to tonight? #FridayNight #DateNight #ILikeYou #WatchingGameOfThrones

2. You have this following conversation during dinner:

You: “Not too good, I’m pretty sure I’m going to get fired.”

Them: “Oh sorry, I was just laughing at this video @MonsterMan999 posted on Twitter of a bunch of Muppets twerking. What were you saying?”

4. You’re wearing your sexiest lingerie (or boxer shorts, or what have you) and they’re standing next to you reading other people’s Facebook statuses out loud:

5. This is because the person you’re dating needs to check their Facebook, Twitter, Text Messages and Instagram immediately before, after and sometimes even during sex. It’s gotten to the point where last week you caught them checking their email with a condom still on. When you confront them, they respond:

“Sorry, it’s just that Casey and I are sharing theories about Pretty Little Liars. You understand right?”

6. They get really pissed off that you won’t let them list your bedroom as a check-in point on Foursquare….or even worse, your vagina.

7. The show “Sister Wives” starts to seem strangely relatable because it feels like you’re in a polyamorous relationship with the person you’re dating, their iPhone, their MacBook and their two iPads.

8. During a heart to heart chat, the person you’re dating says to you: “I’m having real doubts about our relationship. My Klout score has gone to crap since we started hanging out.”

9. All of your dates start to remind you of that scene from Portlandia where Fred gets stuck in a “technology loop.”

10. You consider staging an intervention, but it’s too late – they’ve posted a break-up  video to Vine. You don’t have Vine, but luckily it was cc’ed to Twitter and Facebook.

If He Hasn't Text Me or Called Me, Is He Thinking About Me?
4 Tips on How to Date a Shy Guy
Science Answers the Question: Are Soul Mates Real?
My Best Dating Tip: Keep Dating Each Other