Online Dating and Weight: Keep the Pressure Under Wraps 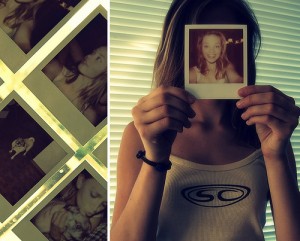 It’s no big secret that I’m a plus-size gal. But I would be lying if I said it’s never made me self-conscious; especially when I was active on online dating sites. I was always worried about being judged harshly by guys. If I went a few days without a message or if a guy didn’t respond to one I’d sent I always worried if that was the reason why.  It took me a long time to realize that I was the one who was making a big deal out of everything. And since I’m sure I’m not alone in this feeling, here are a few ways to keep the pressure under wraps.

Do be totally honest

It’s pretty likely this person is going to meet you (and see what you look like) at some point anyway so why try to hide it until then?  I’ve been the gal who fibbed a little more than she should about her body type. All that does is make you far more nervous about the first meeting than you should be. It can also make things extremely awkward – I once had a guy call me out on the fact that I wasn’t totally honest and there was no way to bounce back from that.

As scary as it might be, include some full length shots of yourself

I hate to say it, but when your profile only has headshots it brings about all kinds of red flags. It really looks like you’re trying to hide something and if someone is genuinely looking for a relationship online he or she isn’t going to be into games. So any sign of a red flag will likely cause them to pass on your profile (and it will have nothing to do with being plus-size).

Remember everyone has body issues

I am not a skinny girl and I once weighed a whole lot more than I do now. But you know what? Skinny gals have issues with their bodies too. The fact is – we all have issues.

And that everyone is nervous when it comes to online dating

Even if you’re totally confident about the way you look, there’s still a chance online dating will make you squeamish. Maybe you take horrible pictures or can’t figure out how to convey your clever and quirky personality.  No one is perfect and no one expects you to be on a dating site.

I once read an article about this very issue. One woman in the article actually e-mailed men just before they were supposed to meet to remind them that she is big and to be sure they really want to meet her. I think it’s cool to be honest about what you look like, so as long as you are and the other person is interested go rock your plus-size self. And let’s be honest — pointing out your weight over and over again will likely send out a few red flags. That’s probably not something you want.

As long as you were totally honest in your pictures and description, it’s really on him or her if he or she is expecting someone different from the pictures. It has nothing to do with you. Enough said.