Can You Find a Relationship in New York City? 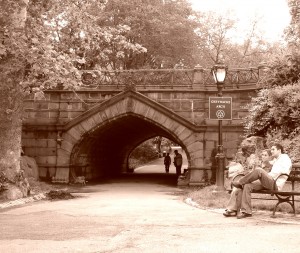 I’ve been in love with New York City for as long as I can remember and I know that I am not alone in this feeling. But I also know that New York often gets a bad rap; especially when it comes to dating and finding a relationship.

And it makes sense. It really does. I mean in a city with 8 million people, it’s fair to say you have plenty of options. New Yorkers are also fast-paced and open-minded. Things that wouldn’t fly in other cities are totally acceptable here. People also move to New York City to be in all the action and pursue their dreams.

Because of all of this it’s not really that uncommon to meet a whole lot of one date wonders. It’s also not weird to meet people who are just looking to hook up or have something casual. And people often settle down at a later age.

So that brings us to the burning question – is it possible to find someone who wants a relationship in New York City?

I don’t want to get all corny on you over here, but I am a prime example. I had the worst luck with dating. You name it and I met it – the crazies, the jerks, and the commitment phobes. I even met my fair share of them here, in New York City, before meeting my fiancé.

Now, I know. I know. While I do think it helps my case, I can’t really just say “I did!” so everyone else can too. But I also know and have met many people who are happily coupled off. And, the fact that I didn’t have a lot of success with finding something substantial before I moved to New York clearly counts for something.

I’ll be honest here, it might be a little harder to someone who wants a relationship in New York City. I’ll also be honest that I don’t have this concrete reason for why that is. It’s just how things happen sometimes. But, just because it might be a little harder doesn’t mean it’s impossible. You might have to weed out a few more crazies than other people, but it’s still totally possible.

We are all humans just like anyone in any other city and many of us are still looking for one really awesome someone to snuggle up to at night. And, let’s all be honest here, you don’t really need to find a million people who want something substantial. You just need to find one who you really dig and who also digs you back.

We Asked 25 People To Describe the Best Thing About Being in Love. This Is What They Said.
10 Reasons You Should Date A British Girl
10 Unusual Brisbane Date Ideas
A Men’s Guide to Dating Again After a Breakup