Dating Customs Around the World 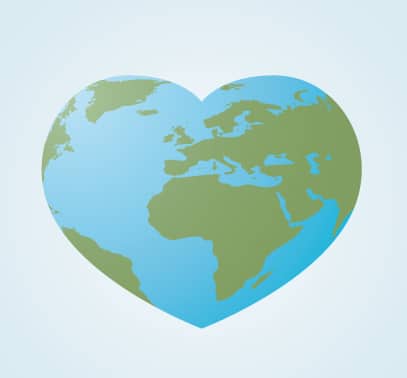 There’s no point denying it; the dating game can be a minefield. You often wonder if you’re the only one in the world that finds it this hard – but what about the rest of the world? Are they just as clueless as we are? Get ready to find out! Here we take you around the world in eight dates; on a whistle-stop tour of the world’s dating customs, as defined by their postcode.

Japan
In Japan, dating is not typically explored until the college years, with girls and boys preferring to concentrate on school up until that point. However, when the time comes, the practice is taken much more seriously than in the West. There’s none of that playing-hard-to-get that we all know so well and instead, the underlying assumption of any relationship is that marriage is eventually on the cards. A traditional custom known as Omiai is still in use today, where parents hire a matchmaker to present a picture and description of potential matches to check compatibility before setting a couple up.

Iran
In Iran, it’s technically illegal to date one another and parents will often do everything they can to keep teenagers apart until they are ready to be married, before arranging introductions themselves. However, it’s not uncommon for a couple to flaunt this rule, getting a third friend to chaperone them to act like a decoy or even shield them from public view. Sometimes, a couple may even borrow a relatives’ baby to go out, in order to seem as if they are already married.

Australia
Just as you’d expect in the land of the laidback, dating in Australia is a pretty casual affair. Typically, dates don’t really happen one-on-one and instead, big groups of girls and boys will ‘hang out’ together before pairing off. Another difference is that, in Australia, it’s not uncommon for the girl to do the asking out and even for her to pay for the date! All that sunshine must be doing something for a girl’s confidence!

France
The land of love, dating in France is taken very seriously. The French are typically very reserved with affection and kissing usually meaning that you are in a relationship straight away. From there on in, things get even more serious – especially once the respective parents are introduced, a mark of a solid coupling. We still want to run away to Paris!

Mexico
The Mexicans are highly romantic lovers, fond of public displays of affection and big gestures. Traditional gender roles are often assumed with the women typically subversive to the dominant men. In traditional Mexican families, the father holds the prime spot as the head of the household. This means that he often has the final say in allowing a couple to date – especially the daughter! Sometimes, even the grandfather will get to have an input. Who knows if anyone listens!

Russia
In Russia, women are very highly respected and men love nothing more than showing off their chivalry. This means old-fashioned gentlemanly gestures such as holding the door open, helping women out of cars and offering to carry anything heavy are aplenty. This also means that Russian men will always pay for absolutely everything on a date to make the woman feel super special. Dating is taken very seriously and a couple will often get heavily dressed up in suits and pretty dresses to go out.

Of course, these aren’t the be-all-and-end-all rules of dating in each country; this is just a fun look at some of the more traditional stereotypes. Every person is different and will treat their object of desire accordingly!

What are the dating customs you’re used to?

Online Dating and Weight: Keep the Pressure Under Wraps
How to End a Casual No Strings Attached Relationship Peacefully
Celebrate Independence from These 5 Dating Habits
From Dating to a Relationship - 15 Ways to Tell the Difference