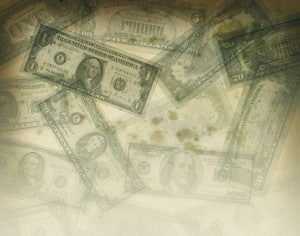 The debate on who should pay for the first date is always a good one. Some say the guy should always pay. Some say the check should be split. Some say whoever asks should pay. And I think sometimes the rules about this thing can kind of get in the way of actually having fun on the date. So I tend to believe there is no right or wrong answer. However, there is one rule that I have always stood by – a woman should always offer to pay on the first date. Here are seven reasons why.

I hate to pull the women’s lib card here or talk about how far we have come as a society, but it’s actually true. We fight so much to be equal and want people to look as us the same that it only makes sense to at least offer to pay.

I’m not saying you should feel sorry for a guy who goes on four dates a week or anything. I’m just saying dating can be a little pricey; especially if you’re in a big city. Even a couple of drinks per person can run you $40-$50.

Most guys I know are genuinely charmed by a gal who offers to throw in some bucks for her share of the bill. And if you’re into him, being charming is always a great thing.

I am not out to accuse anyone but let’s face it, there are plenty of ladies out there who go on dates just to get a night on the town. Offering pay shows you genuinely wanted to meet the guy.

It’s only a first date

This is the first time you’re going out and, in some cases, the first time you have ever met in person so it could totally bomb or you might not be interested. It’s a little unfair to expect a guy to foot the bill when you know you’ll never see him again.

I hate to throw this out there too, but we are no longer living in a world where a guy automatically makes more than a woman. Obviously this isn’t something you’d know on a first date and you should never make an issue out of how lucrative your salary is. But nevertheless it’s wrong to assume he makes more than you.

It opens the door for a second date

If you’re interested and if he declines to let you pay you can say something like “I’ll treat next time.” And that’s a great way to let him know you’re up for seeing him again.