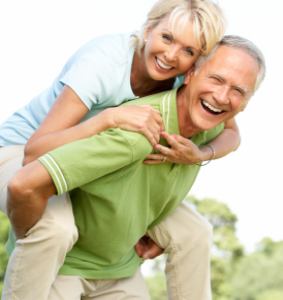 Have you ever seen a so-so guy being all lovey-dovey with a Victoria’s Secret Angel-like woman and wondered why? Do these things run through your mind (concomitantly with expletives) as you ogle on the happy couple?

We’re really not sure how you figured out the last one, but we’re not here to judge. We’re here to help! The answer is simply this: His wit and humor is bigger than yours!

The late goddess, Marilyn Monroe, said it best: “If you can make a woman laugh, you can make her do anything”. She’s probably not the best example for relationships, but what she said is very much true! By the way, she apparently has a higher IQ (168) than Albert Einstein (160)? Well, her EQ is another story.

Though mostly misconstrued as the same, there’s actually a difference between the two. Wit shows intelligence through quick smart quips. Humor, on the other hand, is about making someone laugh…in a good way. When combined, the two can be a lethal combination; just like beauty and brains.

We’re talking about the genuine kind of wit and humor, not something forced. You can fake anything but never these two. A knock-knock joke doesn’t make a person a humorist. A woman would rather poo a porcupine that go out with someone who continuously deliver this type of pun. Really.

Why Does Bating a Woman with Wit and Humor Work?

Let’s go scientific for a bit, shall we? Let’s go deeper. Laughter triggers the release of endorphins (a feel-good hormone). Endorphins are similar to morphine, but are more potent. It gives the person the right and natural kind of high! If you want your girl to be addicted to you, make her laugh!

Signs of good heart and brain

Humorists self-deprecate. An arrogant person will never do that. Ergo, humor is a sign of humility – a virtue that anyone (regardless of gender) likes. We’re not giving you a go signal to make fun of yourself at every imaginable situation. Do it subtly, like Hugh Grant’s character in Notting Hill. His humility and dry sense of humor nabbed him a superstar.

As mentioned above, wit is a sign of intelligence. A man with a beautiful face and terribly hot body but lacks brain is blah. As long as he doesn’t speak, he’s ok. But, of course, he will utter some words eventually like ask for food or something. After all, man
cannot live on steroids alone.

Flexing a muscle cannot get you through an adversity, so is looking at a gorgeous face. They’re good for posters, but not in real life. Okay, okay, they may help for some time, but not all the time.

Guys, next time you think about getting a Red Room of Pain constructed in order to make a woman fall in love with you, stop! Try making her laugh first. It’s inexpensive, pain-free, and lasts longer.

Have you made a woman fall in love with you through laughter? Fess up!

Paid Dating Sites Vs. Free Sites - Do You Get What You Pay For?
The Overnight Bag: How to Ditch It (and Leave Things at His Place)
10 Post Break-Up No-Nos
What’s in a profile pic?