What To Do If Your Boyfriend Cheats On You 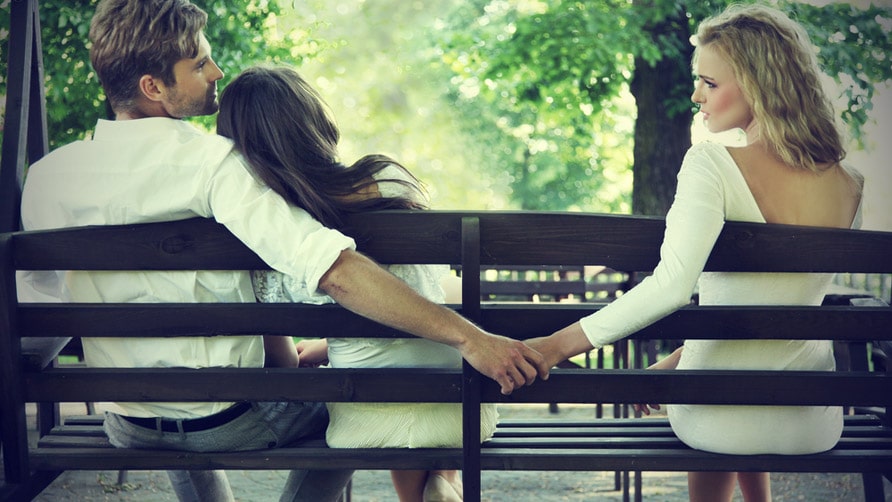 Maybe you’ve just found some incriminating text messages your boyfriend has been sending to another woman. Or maybe he admitted that there is someone else, and your whole world seemed to fall apart around you. Being cheated on is a terrible feeling, and your initial reaction might be to just hide under the covers forever. Eventually you will have to face reality. Here is what to do if your boyfriend cheats on you.

Transcription:
This is Liz with WeLoveDates. Today I’m going to answer a reader question.
The reader wrote in and wanted to know how to handle it when your boyfriend cheats on you. She says she’s very upset and also very mad, which is completely understandable because being cheated on is pretty much like one of the worst things ever. Speaking from experience, it sucks. It is harder than a normal break-up because you feel betrayed and lied to, and there are just so many different emotions that it can be very overwhelming.

So here are a couple tips on how to deal with being cheated on. I guess these go for guys or girls. It doesn’t matter what sex you are. It still hurts either way.

So the first thing I would suggest you doing is taking a step back. In the moment when you find out that you have been cheated on, you might want to go crazy and find the other person or say really hurtful things to your boyfriend or girlfriend, and while they might deserve that, you might not want, looking back, to have said certain things. You just don’t want to react too emotionally. So go get your friends, your family, somebody who you can talk to and vent to them. Tell them everything. Just step away from the other person.

Don’t try to get revenge on them. They didn’t do anything wrong, right? You weren’t in a relationship with them. Everything comes full circle. They’ll figure it out on their own. Deal with you.

Number three, don’t get back together with that person. I know people say people can change or second chances. In my experience, a cheater is always a cheater. And if they don’t cheat, maybe they’re dishonest or shady somehow. Plus you’ll always have this weird feeling that you can’t trust them. You’ll always be wondering where they are. That’s a crappy way to have a relationship.

So instead join WeLoveDates and find someone better you guys, no cheaters. Keep your head up and I’ll talk to you soon. Bye.

Outdoor Date Ideas: Holiday Season Edition
Why Karaoke Is A Great First Date
How to zhuzh up your bedroom this Valentine’s Day
How To Find Love Online in 2015