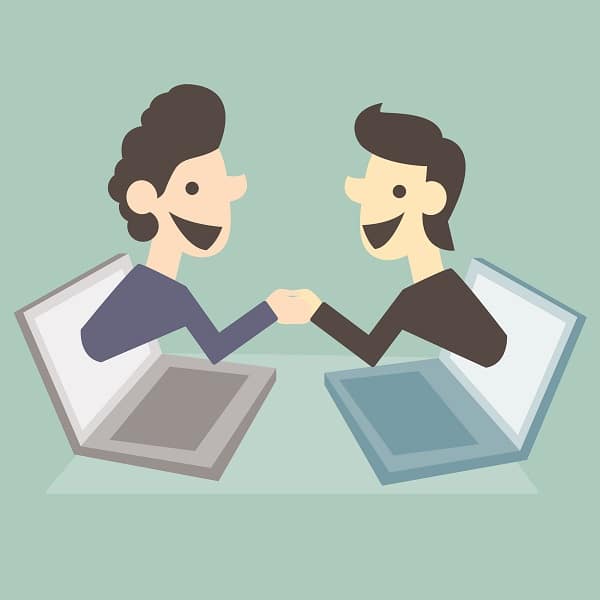 How many bad dates have you been on? It’s enough to make you give up, become defiantly single, and invest all the money you’ve saved from not going out in a company that’s developing a Zac Efron sex robot. Your prince is out there, and you can find him if you’re willing to date a few frogs who you’ll never hear from again after they’ve squirted their tadpoles onto your expensive bedsheets. In the gay dating world, there are a few types of guys that we’ve all dated, sometimes for longer than we should. So just who are these guys that you’re going to have to endure in the hunt for the Zefron 5000 Pleasure Bot… I mean, the hunt for Mr Right?

These are the 15 types of guys every gay man will date in their lifetime.

You’re only likely to encounter these types of guys with online dating. Their messages are witty and intelligent, their photos look great and you get a good feeling, although meeting them face to face can be a different story altogether. It seems that these guys haven’t had their photo taken since 1998, which is why they’re using it as their most recent photo. Where is that thick flowing hair and those delightfully bulging arms? Who is this Gollum dressed in Ed Hardy that I see before me? It’s kind of sad that they feel the need to be misleading, and perhaps they’re hoping that their winning personality will compensate for the fact they look nothing like their photo. If only you could still smoke freely in bars, then you could at least view them through a filter of swirling smoke.

He’s fun, he’s cool, and you enjoy spending time with him. There’s no real time frame for how a relationship should develop, and yet there’s no mention of ever meeting his friends and he might be a bit evasive about some aspects of his life. There’s a strong possibility that he’s in the closet, and dating you is a big step for him. Having said that, he might only be interested in the physical side of things, since he doesn’t quite feel comfortable being an out gay man. There’s also the chance that he’ll push you into bushes if you happen to be out with him and he sees someone he knows.

While there’s no time frame for how a relationship should develop, this also includes the fact that there’s no right time to choose when to first go to bed with a guy. If he invites you back to his place before you’ve finished your first drink, then it would appear that he likes to move quickly. This isn’t necessarily a bad thing, since sexual compatibility is an important aspect of dating. He maybe simply wants to see if you work just as well in bed as you could out of it. Or maybe he was just overcome with lust when he saw you sitting there at the bar… yeah, that’s probably it. Happens to me all the time.

You can easily identify the delusional guy when you see his dating profile, and it’s highly unlikely that you’ll want to date him. When an older guy with a belly so large he needs to lift it to urinate, imperiously states that he will only date, “Slim and smooth guys, maximum of 25 years old,” you wonder who would actually respond. Please don’t respond to messages from guys like this. You’re better than that.

It’s easy to get stuck in a dating cycle with guys like these. You spend time together, you enjoy each other’s company, and the bedroom antics are sufficiently stimulating. But something is lacking and you maybe can’t put your finger on it. Sometimes, no matter how nice a guy is, and how much you think a relationship with him should work, you’re just not that into each other. Fortunately gay men can’t have children (no matter how hard you try), so it’s not as though you’ll become stuck in a relationship like this “for the sake of the children.”

You meet at a party. He flirts, you flirt, you exchange numbers and arrange to meet again. Everything is going swimmingly until he mentions his boyfriend. It’s not necessarily the end of the road, but is in fact the potential beginning of another road. You could date this guy easily enough, but it will never be like a regular relationship, and some of us cherish that regularity. He will always go home to his boyfriend, and he might even be dating guys other than you.

If you’ve been on a few dates with a guy that start with a quiet drink and ends 13 hours later with you both walking unsteadily out of a club, blinking in the morning sun, then you might just be with a party guy. Partying is great, but how tiring would it be to be dating this guy, knowing every Saturday night will involve a sweaty saunter around the dancefloor while they scream, “I love this DJ” above the thumping beat. Heaven forbid you should want to spend a Saturday binge watching TV once in a while.

For the first few dates, he’s endearingly weird. You like the way he seems to laugh at nothing in particular, and are genuinely interested in his view that all the radio waves from smartphones interfere with the way peoples brains work. Before too long he becomes just plain weird, and even slightly unsettling, and you find yourself wondering if his smartphone interfered brain will tell him to smother you in your sleep.

It can be wonderfully alluring to meet a guy who has some creative pursuits. Creativity is rather subjective, however, and his creative pursuits might actually make you want to pursue a bottle of vodka to numb the pain. If he brings out his guitar and plays you an original song that sounds like Taylor Swift and One Direction had a baby that projectile vomited earnestness, you’ll know that there could be a problem or two when it finishes, and he asks you what you thought of it.

It’s certainly important to look beyond the physical when it comes to dating. Having said that, it can be amazing to go out with a guy who has pecs and abs that make your boy parts quiver. Unless you’re on the same page with health and fitness, this type of relationship can have a short life. Him: “Do you know how many calories are in that burger?” You: “Yes. I also don’t care. Stop talking and take your shirt off.”

The conversation flowed like fine wine, which also flowed freely… Well, maybe it wasn’t so fine. It might have even come out of a box, but that’s not the point. The date went so well, and despite the fact you’d only known him for an hour, you actually find yourself imagining a future with him. In a fit of passion, you even went back to his place and consummated your future marriage. And then you never hear from him again. Because he’s a dick who thinks you’re too needy if you dare to suggest meeting again.

Gay rights are human rights, that much is obvious. If it wasn’t for trailblazers of the past, gay men would still be leading a fearful half-life (and in some parts of the world, this is sadly still the case). Complacency is your right, and it’s arguable that you’re doing your bit for gay rights by dating men and not making a big deal about it. Occasionally you’ll meet a guy who is incredulous when you tell him that you’ve never marched in a pride parade. You’ll also give him a blank look when he starts talking about queer theory. He might give you a withering look when you tell him you can name every man Carrie has dated on Sex and the City.

It’s great to be gay. Or straight. Or bi. Or any variation therein. But sometimes you might find yourself dating a guy whose self-identity is pegged to his sexuality, and that can be a tad boring. Yeah, there’s nothing wrong with watching a gay movie with your gay friends, before having a drink at a gay bar and then hitting a gay club, but surely there’s more to life?

Sometimes the seemingly perfect guy is in fact the perfect guy, and any doubts or cynicism on your part might be the result of a number of ghastly dates with the other guys on the list. Don’t look for flaws, and instead accept the fact that things could work with this guy. Having said that, it’s entirely possible that he will grow close enough to you to confide that he can only become fully aroused if you spank him with a marinated rack of lamb. But hey, relationships are all about compromise…

Holiday Gift Guide: Gifts For Your Boyfriend
5 Basic Dating Rules
12 Reasons She’s Not Responding To Your Online Dating Messages
Men Hate That Sexual Dissatisfaction Is Reason For Half Night Stands