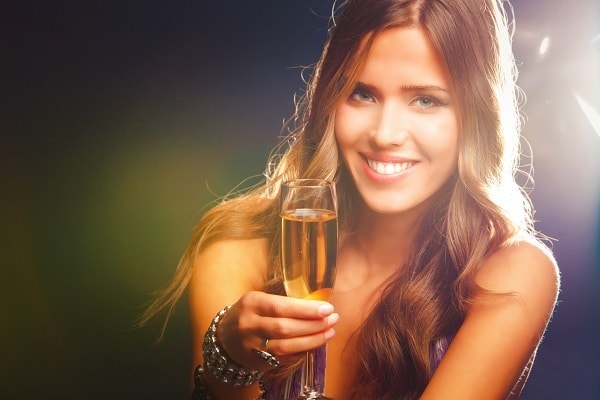 Out with the old, in with the new. This year is your year to finally kick those old dating habits that have been holding you back. It’s not easy to change the way that you date, especially if you’ve been dating for awhile. But some self-discipline is in order this year to get what you want.

Here’s our list of bad dating habits that we’ve noticed are creeping into the dating world. Finally get rid of them and you’ll be on your way to more successful dates, meaningful relationships, fulfilling hookups, or whatever else you’re looking for!

Ah, the fadeaway: the tried and true indirect way of telling someone that you’re not interested in them. The fadeaway involves not answering calls, not returning text messages, or any other passive avoidance, all in an effort to avoid having to actually tell your pursuer that you aren’t interested in them. The fadeaway is definitely something that you’d be better off purging from your normal dating repertoire.

Imagine if everyone stopped doing the fadeaway all at once. Instead of blowing off the people in whom we aren’t interested, everyone was just polite but honest? Wouldn’t it make the world a better place?

With the exponential rise in popularity of online dating has come a new phenomenon: the rise of “sales dating.” Sales dating is the practice of treating the goal of getting a date just like the goal of making a sale in business. This involves “cold emails,” or sending the same email to dozens of different prospects at once. Most won’t respond to your message, but a few will, then you can go from there.

Sounds like a good idea, but here’s the thing: dating is not a sales strategy. Dating is about finding someone you are compatible with, have fun with, and are attracted to. Reducing dating to the equivalent of canvassing a neighborhood to win a political election is not the answer. I believe the sales tactic habit comes from a desire to cut corners in dating. Sure, dating is hard work, but it’s worth it.

3. Tindering while still on a date (or right afterwards)

Another phenomenon has swept the nation in 2014, one that perhaps has never been on the dating radar in the past at quite the same level. That habit is Tindering while dating (TWD).

We all know how addictive dating apps can be, especially the notorious Tinder app. It’s not hard to endlessly swipe through images on your smartphone for hours without even looking up. But some take their Tinder addiction too far by Tindering right after dates, or even while they’re still on a date!

You see, Tinder, and almost every other dating website, has this handy function that lets you know when the last time was a person signed in to the app. It’s useful when it comes to discovering whether the person who is ignoring you is only doing so because they haven’t signed on in like 2 weeks, or because they just don’t want to talk to you. Fair enough.

But there’s nothing worse than getting home from a date that’s gone very well only to see that the person you were on a date with a mere 30 minutes ago has just signed in to Tinder to consider his other options. Already!?

I move that in 2015, we implement a courtesy period of 24 hours before we sign in to online dating apps after a date. Is 24 hours that much better than 15 minutes? Eh, not really. But it’s definitely a step in the right direction, and one that’s perfectly reasonable.

4. Getting hung up on people you’re not compatible with

Unlike TWD, a relatively new phenomenon, getting hung up on people who aren’t into you is nothing new. In fact, it’s been around since the dawn of time. (I wasn’t there, but I’m sure it’s always been a problem!) Remember, in with the old, out with the new! This year, let’s resolve not to waste any more time on people who aren’t interested in us. It takes two to tango. It doesn’t matter if this person is the mate you’ve always dreamed of. If they’re not that into you, then they aren’t the one. Keep looking.

But don’t just keep looking. Keep looking, and be empowered! If you think about it, meeting people, even those you’re not compatible with, is good. It teaches you about yourself and what you need in a mate. You learn about others as well and what a future partner might need. In 2015, it’s all about the learning experience! So no more getting hung up. Instead, get moving.

This article has mostly been about finding love and the ubiquitous long-term relationship. But people have all kinds of objectives when dating, and one of the most common is hooking up. There are a lot of people who believe that hooking up is never ok and that innate in the arrangement is a lack of respect.

But I disagree. Hooking up is a totally legitimate arrangement, and it works for all kinds of people, no matter what your orientation or gender. However, while hooking up can be a satisfying scenario for both parties, there are some hookup habits we need to put to rest.

For example, you need to be clear about your intentions from the beginning. It’s totally ok to hook up, but only if the other person knows that that’s all you’re interested in. You might risk losing that person as a hook up buddy, but being up front is the only fair way to go. In 2015, let’s all be clear about what we’re interested in from the get-go, and both parties will be happier.

6. Being afraid to ask a partner to define the relationship

Just as in the above scenario, there are times when it isn’t clear what your partner is interested in. You don’t know whether your relationship is just hooking up, just a fling, or the beginnings of a real, significant relationship.

In 2015, let’s all collectively work up the courage to ask, “Where is this relationship going?” It’s not so bad. You might be pleasantly surprised by what you learn. Of course, on the other hand, you may learn something that you don’t like. But it’s better to know early on that a partner is not looking for the same thing than it is to find out down the line.

In the end, however, it’s important to remember that you can’t force someone to bare their soul and tell you how they really feel about the relationship. You can’t even guarantee that they aren’t lying when they do tell you. But chances are you will uncover what was eluding you before, and it will give you an idea about whether or not you want to continue this relationship. Let’s make 2015 the year of full disclosure.

7. Being afraid of being alone

2015 is the year for us all to stop dating people who don’t deserve us, all because of our fear of being alone. Getting over your fear of being without a significant other is one of the best ways to improve your dating life. It’s not easy, especially if dating for company is something you’ve been doing for a long time. But it’s essential to improving not only your relationship with future partners, but your relationship with yourself.

Are you someone who dates people who aren’t good for you because you are afraid of being alone? Find out by asking yourself the main reasons why you are dating your current partner, or the reasons why you’ve dated partners in the past. “Not being alone” should not be one of the reasons you name. If it is, it may be time to re-evaluate your dating strategy.

8. Being inconsiderate while online dating

In 2015, let’s become more aware that behind each online dating profile is a real person who deserves respect. Just because you think you will never see them in real life doesn’t mean you can blow off emails, insult someone’s appearance or profile in any way, or otherwise be rude and inconsiderate.

As online dating becomes more and more standard, we will all need to develop etiquette and kindness toward others we meet online. Plus, if kindness for its own sake doesn’t convince you, remember that you could run into your online dating interactions in person at any time! It’s happened to me on several occasions. In 2015, keep the golden rule and do unto others as you would have them do unto you.

9. Not taking dating advice from others

Dating is a funny thing: everyone has their own way that they like to do it, and advice from someone else may not always be welcome. This year, let’s all keep an open mind about dating advice and maybe even consider doing things in a way that we’ve never thought of before. To get you started, here’s our guide to finding love online in 2015.

No matter what your dating goals are for 2015, kicking these bad dating habits are sure to help you achieve them. Happy new year and good luck in love in 2015!