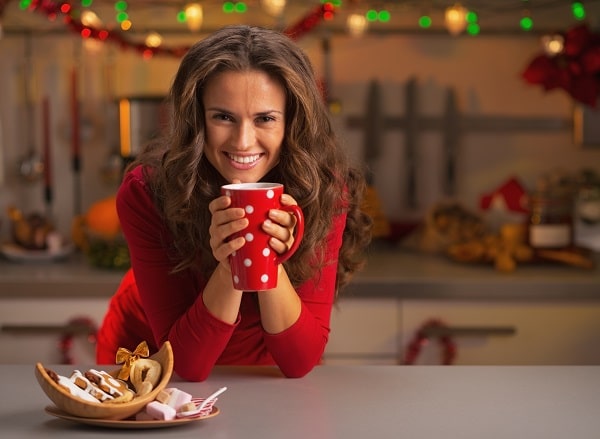 Ah, the holiday season. The lights, the gifts, the Christmas shopping, and… the family time. While that Hallmark original movie might make it seem like spending time with family is always a magical, joyous occasion, those producers have obviously never been to your house for the holidays. Yelling about family conflicts, political beliefs, and religious affiliations abound until December 26 when, finally, the hurricane of family leaves your home a disaster zone, not to be contended with again… until next year.

It seems that one of the biggest points of conflict during the holiday season has to do with relationship status. Singles often get the brunt of the attention, but if you’re in a relationship, your family might wonder why you’re not married. If you’re married, you might get inquiries as to why you don’t yet have kids. And perhaps worst of all, your family might have vocal opinions regarding your sexual orientation.

In this guide, we’ll lay out some options for coping with family members who have problems with your relationships, so that hopefully you can enjoy your holiday season conflict-free.

No matter what your status is, there are a few simple things that will help you understand why some family members act this way around the holidays:

1. Any family member or person who is giving you grief for your status is going to be unhappy no matter what.

This is why lying is not usually the answer. You can say that you do have a boyfriend or girlfriend (even when you don’t), but they’ll soon be asking why you aren’t getting married. So don’t play that game.

2. Everyone has some insecurity in their life that they feel that they need to justify to others.

Granted, that insecurity may not be trotted out in front of the whole family, but it’s still there. For some family members, it is unfortunately more convenient for them to draw attention to you rather than face an interrogation themselves.

3. You will never “argue” someone to your side.

It is pointless trying to justify your decisions to someone, particularly someone who does not know you well, as is often the case during the holidays. It is a waste of your energy and often only ends in hurt feelings and awkward confrontation on both sides.

Of all the statuses to have during the Christmas season, one of the worst is being single. I think this is the case for a combination of reasons that cause the perfect storm at Christmas time:

1. It is normal for people to believe that you should be living the way that they have chosen to live.

2. Implicit in the message of the holidays is that everyone should be with someone.

It’s just that time of year in which people believe that everyone should have someone. Wait 6 months, and everyone will be talking about being single, free, independent, and having flings all summer. But in November and December, it’s as if you are not a complete person without a significant other.

“Alternative lifestyles” of all kinds, including those people who choose to never marry, are becoming more popular, but many people still don’t understand how different lifestyle choices may be best for different people.

4. Remember that everyone has an agenda.

Tips to Make it Through

You’re not the one with the problem– they are. But that doesn’t change the fact that you have to get through these several miserable days with family members. So what do you do when your family brings up something about your relationship status?

Take a time out

Go take a walk, go make a coffee run, say that you forgot something at the grocery store, Whatever you have to do to take a break from a high-stress situation. If you’re lucky, your family member(s) will get the hint and drop the topic or change the subject. If you’re feeling a little sassy or you’re desperate, do this every time the subject is brought up. Eventually, they will understand that if they want to talk to you, they’re going to have to talk about something else.

How to Deal With Offhand Comments

Some solutions to snide comments. Sometimes, it isn’t confrontational conversations that you need to avoid. Often, it’s offhand, snide, and non-confrontational comments that are the most irritating or hurtful. Here are some ideas for brushing them off:

1. Abruptly and obviously change the subject.

Don’t worry about making the conversation “flow.” Your goal is to let this person know that that subject is off limits and their remark was not acceptable.

2. Turn the question around to them.

If you have the guts, turn around whatever comment they used on you and pose it to them instead. If they asked when you’re getting married, why not ask them a personal question about their life? Sure it’s a little, “I am rubber, you are glue,” but hey, they started it.

3. Bring up your reason, but don’t start a fight.

As I already mentioned, you aren’t going to change any minds, bring any epiphanies, or otherwise enlighten your narrow-minded family member. But if you have a good reason for a decision in your life that you don’t mind sharing, give it to them. Perhaps that little insight will spark something in them over the next few months to make Christmas slightly more bearable next year. Probably not. Just make sure that your comment is a conversation stopper, not a conversation starter.

So your great aunt wants to flat-out ask you why your boyfriend didn’t come to Thanksgiving dinner at your family’s house? She doesn’t need to know that you don’t have the money, or that you’re in the middle of a huge arguement, or even that you broke up. Instead, simply say, “Well it’s a little hard for him to be here seeing as he’s in prison.”

For a majority of people, dealing with your family during the holidays is only a minor annoyance. But for some, it’s a cause for serious anxiety and even emotional pain.

Dan Savage regularly offers tips to gay and straight people alike who have trouble with their families around the holidays. He often says to LGBTQ individuals that they should not tolerate emotional abuse from family members. There is no law that says that you have to go home for Christmas, and if it pains you to do so, then you may have no choice but to let your family know that you are unable to attend.

Some family members will attempt to manipulate you by telling you that you have deprived them of something with your choices. The key here is not falling for the script that says that anything is your fault, particularly your sexual orientation, but this applies to your relationship status as well.

You are free to do whatever you’d like with your life. Just because your family does not believe that your decision was valid doesn’t mean that it isn’t. In fact, what they think is irrelevant. You don’t need the approval of your family members. You are the one who must live with your decisions, not your family, so you and you alone get to choose how you live your life. Period.

So here’s what you do when you are having serious family conflicts during the holidays: tell your family that you cannot and will not tolerate being treated this way, if they choose to continue, you have no choice but to no longer attend family gatherings.

I’m sure it’s not easy to bow out on family gatherings, particularly when it’s only a minority of your family members who are causing problems. But just remember that those few family members are making your holiday unbearable, no matter what other lovely people will be there.

The holidays are a time to take a break from the busyness of your life to appreciate the relationships you have with family and friends. If you simply cannot think of the holidays without having a mild anxiety attack, it may be time to take action and consider some alternatives to family gatherings. But we hope that these tips allow you to enjoy yourself at the dinner table no matter what your family throws your way.

What tips do you use to cope with family during the holidays?

Top 7 Places to Fool Around
4 Unexpected Pleasures of Being Gay and Single on Valentine's Day
Love Online: Can It Happen?
What a Woman Really Means When She Says....