25 Women Reveal What They Find Confusing About Men 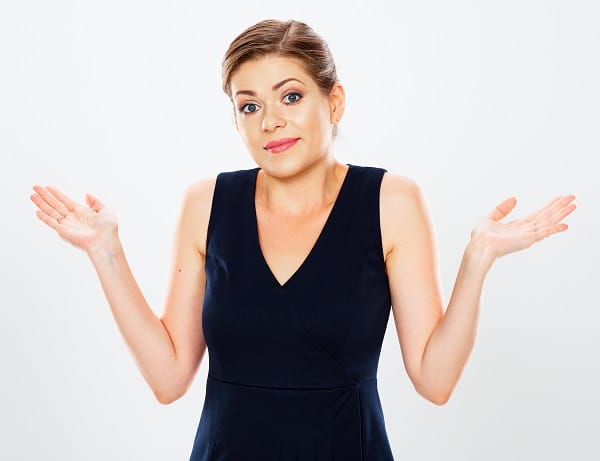 After last week’s article about the things men find confusing about women, it’s time for the ladies to share their views. The results are very interesting – from boredom to ‘banter’ to mixed messages and flirting with other girls, here’s what 25 women answered when I asked them: ‘what things do you find confusing about men?’

1) “I find it confusing when guys act one way to get the girl– charming, devoted, sincere…and then totally change after he’s ‘got her.’ Are they just comfortable or is it all a game?”

2) “So many things. The biggest thing is quite simply: ‘why don’t you know what I want?’ When you specifically tell a guy what you want and he still claims he doesn’t know what you want. You’ve told him exactly what you want, so why does he still struggle? For example, it would be nice if he complimented me or did the dishes without me asking him to do it. There’s loads of things men do and you think: ‘why have you done that?’ Also when I have an emotional outburst for 10 minutes and I get a one word response. Lastly, why do guys text you when they have no intention of asking you out?”

3) “When they have you, they don’t want you anymore! That’s happened to me in the past. It was all about the chase.”

4) “I guess it’s how simple guys can be! For women, we tend to over complicate and ask questions relating to a subject to dodge asking what we really want to know, whereas guys are really simple. What they say they mean, no hidden agenda, but that can be confusing for us women.”

5) “You say to your boyfriend, I’d really like to watch a film again like Love Actually, but he says, well you’ve seen it, why would you want to see it again? The ending will be the same. So I say, what about you and football matches. Not only did you go to the ground to watch it, you recorded the match as it was televised and you are now watching the highlights in slo-mo, and you’ll probably watch it again tomorrow – confusing or what?”

6) “Jealousy in general. Guys can be very jealous of other guys but when they’re with other girls it isn’t a problem. They don’t see it that way.”

7) “They never say what they think. Also, a lot of the time they aren’t forward enough, or they’re far too forward, there’s no middle ground. For example, they won’t kiss you when you’re having a nice date…but then if you kiss someone drunk on a dancefloor, they will get the wrong idea about you. Also, the constant mixed signals. Sometimes they lead girls on – they think they are being clear but they’re not all. Finally, the fact that men get bored easily, they put their all into something but quickly get bored. Men think in the short term, women think in the long term.”

8) “Why they dump you when you think you’re in love. They’re misleading.”

9) “Lack of organisation – why can’t they get organised? We know what we’re doing one evening – they’ve completely forgotten about it!”

10) “They always put everything back to banter. eg ‘I said that, but it’s banter.’ Whether it’s nice or horrible. Also when a guy says: ‘we’ll see.’ The non-committal guys are the worst.”

12) “When they’re not nice to you…but them being not nice actually means they like you. All it makes me think is I dislike that person, think they are not a very nice person and it makes me assume that they don’t like me.
Also when they flirt with other people to get your attention. It doesn’t make me like them anymore, it makes me dislike them.”

13) “INCONSISTENCY! They flirt with you one minute and then are abrupt with you the next. They tell you they are looking forward to seeing you again and then when the time comes, they don’t make any effort.”

14) “When they try to avoid holding your hand or being affectionate just so they don’t look soppy in front of ‘the boys’. Why behave so differently just because other people are around?”

15) “The post-date texting game! When a guys makes you wait a couple of days for a message just to not seem too keen, when in fact you both know you want to see each other again!”

16) “Sometimes I find it hard to understand how they rationalise things. You can be having a conversation and suggest/ask something trivial and they fly off the handle. Then other times you’ll expect a big reaction and it will just be a shrug.”

17) “The sudden change of heart. You think dating is going well and then a guy just goes cold.”

18) “I find men who behave completely differently with girls to when they’re with their friends confusing. We want to know you, not who you think we want you to be. It’s like they’ve got split personalities! I can’t say I know any girls who do that…”

19) “Guys who think that we are going to be attracted to ‘one of the lads’ boys night out selfies/pics of them boozing, guys that can’t go out in a group of people and chat easily with either sex, guys that only see women as someone to pick up. Guys that hit on everyone. Guys that you seem to have a good time with then never call! Or you only hear from when they are single again (!) Also, controlling/jealous guys.”

20) “Their inability to express their emotions in a ‘normal’ way.”

21) “Confused about some guys who will suggest a date but try to back out of it before it happens. Or that some guys that never call because its ‘too keen.’ ”

22) “The one that pops to mind the most is sleep denial. So you decide to put a film on in bed and you’re snuggled up watching away. You gradually start to hear the breathing become more gentle and slumber some. You look up, and see the eyelids closed and a look of calm. You have 2 options.
1. Proceed to watch the film alone and wait until the next morning before you ask ‘so why do you think Julia Roberts and Hugh Grant decided to run away to Russia instead of just face the media?’ And revel in the confused look on his face as he does not want to admit defeat to the sandman. If you’re lucky, you may even get an exaggerated answer in which he tries to prove his awe inspiring knowledge of the politics of western culture and it’s effects on celebrity status. This will amuse you for some time until you reveal the true story outcome.
However, there is option 2. Wake him there and then and make the simple statement that he fell asleep. The instant retaliation and denial is not only confusing (as sleep is natural- why fight it?) but also funny as no man seems to want to admit he has been dominated by his own body clock. You can’t tell if he’s angry at you for pointing it out, or angry at him self for submitting to it.”

23) “Sometimes they say one thing and then do another – very annoying and illogical!”

24) “The most confusing thing about guys is they always think they are right.”

25) “Good question, plenty! For a start they can be just as fickle as us girls. I think men are wrongly seen as being simple creatures and relatively one track minded but I’ve found some to be moody and as changeable as the weather! I’ve met some guys (and I really am only thinking of a few here) who get defensive very easily about being sensitive; they think it’s not ‘manly’ to have feelings. Men don’t think it’s ok to show or talk about emotions but I personally find it one of the most attractive things about a guy.
And finally, kind of on that note, guys who just DON’T understand what is attractive to most women. i.e. just being kind, funny, reliable (and yes attractive of course), and instead think that being obsessed with the gym, cars and money is a way to find love! Everything in moderation though.”

So there you have it – an insight into the way women think. One of the most popular answers was regarding the way a guy changes once he’s got the girl. Women find it extremely confusing (and disappointing) when we start a relationship and a guy gets too comfortable and loses his charm, not treating us as nicely as he used to when he was trying to ‘woo’ us.

Others expressed confusion about how guys can get bored very easily especially once ‘the chase is over’, and consequently ends things with a girl. We’ll never understand how a man can put so much energy into pursuing a girl, then he suddenly gets bored once she shows an interest in him.
This ‘hot and cold’ behaviour was described several times and others also mentioned the confusion of having a great time together, but then the guy doesn’t call. There’s nothing worse than the silent treatment and the disappearing act. If only guys could be more honest and say it how it is.

Another answer which came up multiple times was mixed signals and leading girls on. Sometimes guys appear to show an interest when they’re not genuinely interested (is this just an ego-boost?), and it’s very confusing when a guy texts a girl for ages rather than asking her out – we’re not looking for a penpal. Many girls mentioned guys being misleading/inconsistent/playing games.

A lack of affection/changing how you behave with us in front of guy mates came up a couple of times as did the issue of ’emotions’ and a guy not being able to say how he truly feels or being able to interpret what we want. Some girls found it confusing when guys weren’t open enough with their feelings to say what they really think.

One thing’s for sure, us ladies are as confused about men as you are about us. You think we’re playing games but we’re actually trying to interpret the games we think you’re playing with us. Forever a mystery to each other – can’t live with us, can’t live without us…
Looking for 40+ dates? Double your chances and give Mature Buckinghamshire Dating a try for free today.

The Health Benefits of Sex and the Side Effects of Sexual Deprivation
How Long Should You Wait Between Dates?
How To Attract An Older Man
How To Rock Your Dating Profile Photos & Attract Kick-Ass Dates