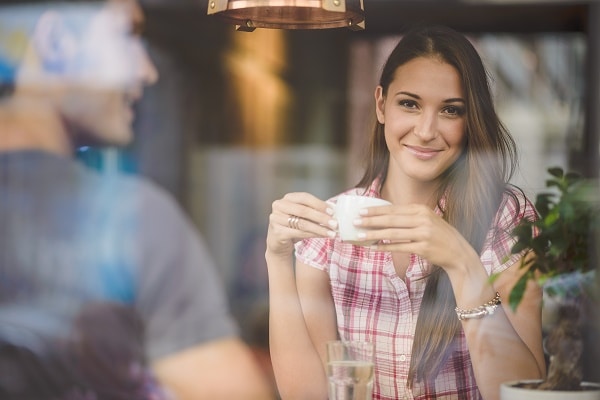 Ten years ago, the dating scene as we know it was changed for women everywhere when a popular scene in the HBO show Sex in the City was adapted into a book. If you haven’t managed to see this hilarious scene, check it out:

The resulting book, He’s Just Not That Into You, elaborates on Miranda’s basic message with chapter titles such as:

Since it was first published, the book has become widely popular, even adapted into a movie in 2009. While many women swear by the philosophy of the book, it has also been the object of much criticism. Opponents insist that every person is different, and that there is no way you can say that all men behave a certain way.

Critics maintain that sometimes there are reasons why a partner might appear uninterested. Women love to make excuses for why men haven’t been in touch, why they don’t want to marry them after 10 years of dating, or why they never have time to see them. But the fact is if your man is any of those things, he’s just not that into you, ladies.

I am a die-hard believer in the He’s Just Not That Into You (HJNTIY) philosophy. I’ve found that those who oppose it simply don’t understand it. Initially, yes, it sounds depressing: “Wow. He’s really just not into me.” It is indeed a hard pill to swallow. I understand. I’ve swallowed that pill many times. It’s much easier to believe that there is some other reason why he’s not texting you.

But the message of HJNTIY is not depressing at all. It’s an incredibly empowering tool for women to move on from men who are not worth their time. Isn’t it preferable to be kind of bummed that your new date isn’t into you than to invest time in an individual and relationship that will not work out in the end? Here are 6 reasons why it’s actually good news that he’s just not that into you.

1. You can more quickly become available for the right guy.

When you are dating someone, you are not only investing time by being with them (not to mention all that time when you’re not with him but getting ready to be with him). You are making yourself unavailable to other people while you give this relationship a chance. The longer you stay emotionally committed to a man who is not emotionally committed to you (made clear by the fact that you haven’t heard from him since last Tuesday), the more of these golden opportunities you are going to miss.

Plus, you’re a busy girl. You need that emotional energy for other things as well: your friendships, your job, your family, and yourself. Don’t waste that emotional energy on this guy for a minute longer than you have to. How do you avoid doing so? By telling yourself, “Girl, he’s just not that into me,” then moving on to the next.

2. You deserve someone who is totally into you.

Sadly, one of the main reasons why women stay with men that they know are not totally into them is because they believe that they cannot find someone who will care for them more. The truth is that you can. You can do so much better, and there is a man out there who will treat you with the love and respect that you deserve. In the meantime, it’s better to be alone than to spend any more time with someone who’s not into you.

Another empowering aspect of HJNTIY is that it puts you in the driver’s seat. This may be one of the most misunderstood parts of the book. At first glance, it seems as if the guy is calling all the shots– every chapter title is about something that he is doing first, to which you are then reacting. But in reality, the book is about putting women in control of their relationships.

Here’s how it works: you cannot change how he feels about you. You cannot change how he behaves. You may be able to make some small improvements over time, but if the way he is now is not good enough for you, it will never be. It is up to you, not him, to end the relationship if you are the one who is not happy.

It works both ways, of course: if he is not happy, he can choose to end the relationship. But don’t expect the world to conspire in your favor. You are in control. When the full weight of this concept hits you, you will feel a power shift. All of a sudden, you don’t have to be subject to other people’s decisions. You can make your own.

The beginning of every relationship is the best: you’re so into each other that you can hardly wait two days to see that person again. You’re constantly texting throughout the day, and you get a thrill each time you see a text notification from him. It feels like you could talk for hours and never run out of things to say. You hear from him every morning when you wake up, and every night before you go to bed.

Over time, relationships tend to become less involved, which is fine. How could we get anything done if we continued to stay up all night every night gazing into one another’s eyes for 30 years? All relationships are different, of course. But however your relationship begins, it’s going to slow down from there. If you just started dating and he’s only texting you twice a week. How will he communicate in 3 months? or 3 years? or 30 years?

5. It saves you an enormous amount of time.

If you’re not using HJNTIY to determine whether or not a guy is interested, what method are you using? “Your gut”? Taking him at his word? Just like anything else, having a system in place to quickly assess a new situation is the most efficient way to avoid bad bets.

6. You don’t have to worry. You will know it when he’s into you.

In the HJNTIY world, mixed signals are clear signals. If he’s not clearly into you, he’s clearly not into you. Don’t spend weeks in a state of perplexity, retelling every detail of your date to each of your girlfriends in succession, like the poor girl in the scene from Sex in the City. When he’s into you, you will know. No need to stress out about it.

One quick caveat after all of this: if you struggle to believe that you deserve someone who treats you with love and respect, perhaps it’s time to spend some time alone, without anyone by your side. It’s also helpful to face your fear of being alone if that is a challenge for you. You can never be fully in control if you are afraid of being alone because you will never make the decision to leave a poor relationship.

It may even be beneficial to seek professional help. No one is perfect and we all have things about ourselves that we don’t love. But if you can’t generally love yourself, it’s impossible to expect someone else to.

Whatever you do, don’t listen to the critics and naysayers. He’s Just Not That Into You is everything you need to know about dating. Forget the manipulative games, the tests. Forget waiting around for him to finish medical school, “a big case at work,” or even “moving on from his difficult past.” You only have one life to live. Don’t give your precious time to someone who has shown you that he doesn’t deserve it.