Revealing the Dark Side of Too Much Online Dating Success 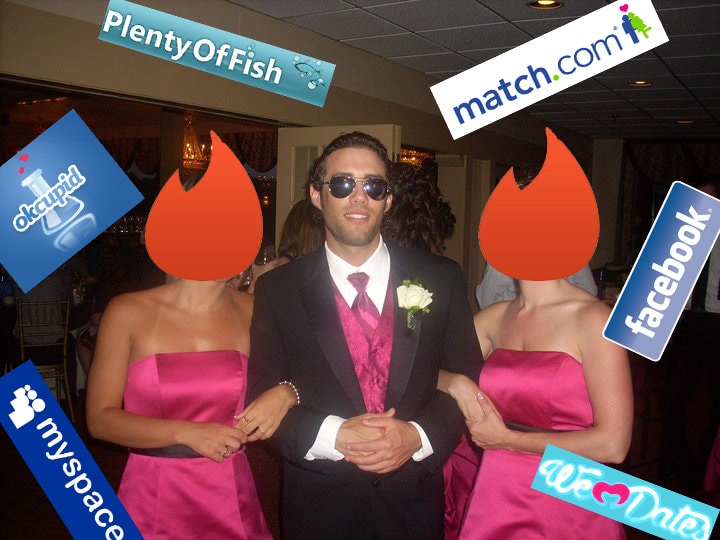 Here’s the thing — no one ever looks at it from the other side of the spectrum. Most measure success by whether or not you’ve gotten into a serious relationship or found “the one.” Of course, success can be measured in many ways; it all depends on how you look at it.

I fully admit to having no clue what I was doing when first starting dating online. In the beginning I valued each date as a learning experience … and in the end, became an egotistical monster, where success was only be measured by how quickly I could feed my ego, i.e. knowing when women wanted to sleep with me. Before we get to the end, let’s fill in the blanks.

We all fill our ego in various ways. The cliché version of the male fills his with nice cars and lavish toys. Others lift weights and flex their muscles proverbially pounding their chests saying look at me, I’m the man. While these stereotypes don’t apply to everyone, they do lay a foundation for our self-esteem and perceived social worth. Heck, half the things men do revolve around impressing women. Personally, none of this shit really did it for me. Sure, I go to the gym and I’d like to drive a sweet car, but I know most women could care less about that crap. And the ones that did, I didn’t really care much for anyway. My ego fulfillment was still based off of women, yes, but I reached deeper intellectual levels to satisfy my needs.

One of the biggest complaints you’ll hear me talk about concerning online dating is the passive-aggressive approach some women take. Many get their egos and self-esteem stroked by the amount of male suitors reaching out to them. Yes, it’s flattering to get all these messages validating that you’re in demand, but is that really enough? I’d been dating online for so long that only face-to-face validation was good enough for me — and I needed more.

A few months ago I read a book called Love in the Time of Algorithms by Dan Slater.  He interviewed a guy named Jacob whom he’d followed throughout his online dating journey. The paragraph about his mixed feelings and perception caught my eye:

“Each relationship is it’s own little education,” he says, “you learn more about what works and what doesn’t, what you really need and what you can go without. That feels like a useful process. I’m not jumping into something with the wrong person, or committing to something too early, as I’ve done in the past.” But he does wonder: When does it end? At what point does learning become and excuse for not doing what it takes to make something last? “Maybe I have the confidence now to go after the person I really want,” he says. “But I’m worried that I’m making it so I can’t fall in love.”

It was the first time I had read a story that was parallel to mine and it struck a nerve. The difference between Jacob and I was my education. Besides my personal experience going on more than a hundred online dates, I also academically studied body language and online self-presentation with a focus on romantic relationships. Add in all the books I’ve read on pick-up artists and it was too much. I’d gone from innocent guy who had no idea what to do on dates to a calculated womanizer. Once I started, I couldn’t stop.

The great thing about online dating is the variety of people you can meet. There’s opportunities to meet both young women still in college or hot cougars fresh off a divorce in her mid-to-late forties — really anything and everything you want in between. Given this, I was more focused on learning what worked on women and I’d say and try stuff just to see if I could get away with it. Once I figured out what worked for me, I got away with anything I wanted. It didn’t matter the age or background; if I didn’t sleep with a woman by date three I was shocked or lost interest, and quickly moved on to the next.

I was addicted to first dates. Where most men tighten up and failed I relaxed and thrived. Through trial and error I took mental notes on what worked and what didn’t. When there were avenues to be aggressive I seized the moment. I’d stack dates with three separate women, Thursday through Saturday. Each date became a challenge and a game all rolled into one. At my highest point of debauchery, I got most of my dates to sleep with me just hours after meeting them. But sex wasn’t what fed the monster — it was knowing that they wanted to sleep with me. Sex itself was a mere bonus.

Truthfully there wasn’t much to be proud of. Sure, there were plenty of notches on my belt but at the end of the day there was nothing to show for it. I became a caricature of myself: it was as if I played a role in my own drama creating a persona of Jeremy Grey mixed with Christian Troy. Why change? This alter ego I created proved that women gravitate toward confident men that make them laugh with a side of douchebaggery and dash of asshole. The old me would’ve been shy, too slow and insecure. In the dating game, nice guys often finish last — they’re boring, cliché and redundant. In order to stand out from the crowd I altered my attitude and approach and lured women in by being over confident, appearing unobtainable. The harder I played the role, the more successful I was.

I never lied to any of these women or was disingenuous. They wanted the bad guy — they needed the bad guy. I just lowered their inhibitions and helped them live in the moment (partially selling my soul in the process). Like Jacob, I was worried my online dating success/obsession hampered my ability to find love. There were plenty of great women I met along the way, but I was addicted to this online dating game to give any of them a real shot.

While feeding the monster, I became a monster.

When you go on date after date, you become numb to the process. What’s the point of getting emotionally attached when there’s an unlimited supply of new women on the internet? For years I took this approach, living an extremely emotionally-detached romantic life. The little romance I had was usually faked or half-assed. Sure, I had a seriously dated few women for months, even years. But when I became single again it was like falling off the wagon, running back to what could supplement the loneliness. No need to worry, a few clicks of the mouse and you’ll have new girl in a few days!

When people are skeptical of online dating they always jump to the conclusion that it doesn’t work and there are few people to choose from. No one ever worries about a limitless supply of very desirable options at your fingertips. We all have our vices and for years, mine was online dating. While I’ve put the monster to rest, there’s always going to be a side of me that’s an overconfident, well-calculated romancer. But these days I’m more about quality, not quantity. There’s no love in return when you date to fill an ego.