6 Things You Need To Know About Online Dating Profile Photos 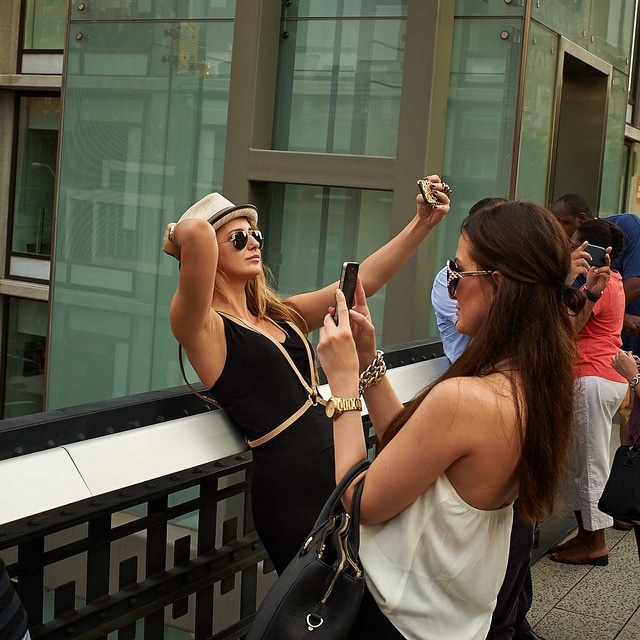 When it comes to online dating, we all want to choose photos for our profile that makes us look our best, but there’s a fine line between wanting to look presentable and being dishonest. So how far can you go before your own photos are dishonest? And how do you know when your potential matches photos are false advertising? Here are the top six things you need to know about your online dating profile photos.

You might think you’ve hit the jackpot. Your match is 35 and yet their photos make them look like they’re barely in their 20’s. Occasionally digital photos will have a date stamp in the corner, and so if their “recent pic” proudly proclaims itself to be from August 2005, you’ll know that their idea of recent differs to yours. Likewise if they’re wearing an “I love Ace of Base” shirt, then you’ll know that meeting them in real life will be a somewhat more wrinkled experience.

For guys who select their hair color as brown when they really should be selecting hair: none, or women who describe their body type as slim (in 1998), a bit of this dishonesty can just be longing for the past – back when they were young and beautiful. This is actually really annoying. A guy doesn’t have control over the fact that his long flowing locks are now what’s clogging his shower drain, but at least be honest about it! Some women like a chrome dome. Likewise if a woman’s sole hobby is putting all you can eat buffets out of business, then own it!

3. It Doesn’t Pay to Be Dishonest

Remember that your online match is expecting to meet the person from the photo. If your photo is a serious misrepresentation, then they are likely to excuse themselves to use the bathroom, squeeze out the window and then run like hell. Even if they do stay around and go through with the date, an air of disappointment will hang over the evening and they’ll just sit there wondering what else you’ve not been honest about. Is there an ex wife and kids? A criminal record? Antibiotic resistant gonorrhea?

If you are insecure about your looks, whether it’s due to the passing of time or the fact that you’re in your 30’s with acne like a teenager, then there are a few things you can do. It’s a fact that everyone looks better in black and white. Shiny skin appears toned and lifeless hair can seem lustrous. Don’t be tempted to Photoshop the hell out of your picture since this can look obvious unless you’re a professional and is also a little sad – you want to go on a date with this person, so shouldn’t they like you for you? Smartphones and computers have a wealth of programs for manipulating images, but they should stay with the other 3874 things on your computer that you don’t use.

5. So What Photo Should You Use?

You should have two or three good photos on your profile, ideally showing you from different angles. A good rule of thumb is to use photos less than 12 months old. You might think you look the same as you did five years ago, but denial isn’t just a river in Egypt. Nobody expects you to show some skin, but if there’s a beach photo that you’re proud of, then by all means go for it. Avoid using group photos too, since you’ll need to caption these with “I’m third from the left.” There’s also the danger that your friends are really ridiculously good looking, and so you won’t welcome the comparison. Be mindful about using photos with notable people in them too, if you have them. If you’ve met Leonardo DiCaprio and had your photo taken with him, it might be a cool photo, but all the picture will say on your dating profile is “Hello. I’m not Leonardo DiCaprio.” You’re better off using a photo with you and a cute puppy.

When someone looks at your dating profile photo, it’s the same as when they see you at a party or a bar. They will decide almost immediately if they find you attractive, and indeed, if they might be interested in getting to know you over a glass of wine or some naked shenanigans. As we’ve said – don’t be dishonest, since if you look vastly different to your online self, there’s practically no point in even meeting the other person. We’re not always the best judge of when we look good, so maybe ask a friend to help you with profile photo selection. They can help you to decide which photos look like you – and more importantly, which photos look like a hot you. If you look like some sort of reptilian transvestite in real life (no judgement), then don’t try to hide it… some people are into that.
Image courtesy of peterburge on Flickr.