Love on the London Underground 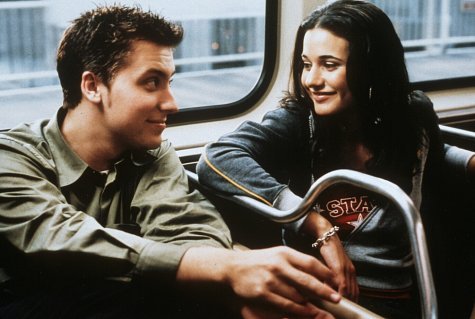 Mind the gap, sit down, headphones in, newspaper up, avoid eye contact.

In London we don’t speak to strangers. If someone does try to spark up a conversation, we immediately assume the other person must be crazy/drunk/lost/trying to rob us/beg for money. Being friendly on the tube simply isn’t an option, unless we’re already with people we know.

When alone, we all stay in our safe and anonymous bubbles of distraction – but the question is, when did London become so unfriendly? In other countries, there’s nothing weird about saying “good morning” or greeting others, but this simply isn’t London-like behaviour. Are we missing out on potential amazing spur-of-the-moment connections because of this ‘don’t speak to strangers’ norm?

Is this shy, safe and sensible behaviour rational or are we just sticking to a social norm of being withdrawn?

The ironic thing is, with a plethora of dating apps on offer, many of us will happily log on to these apps and chat to strangers through our smart phones whilst ‘on the go’, but when it comes to real life communication, we’d rather remain aloof and distant. Technology has replaced real life interactions and we’re living the majority of our time passively through text on a screen rather than speaking words from our mouth.

So what’s the deal with Tube flirting? Does it ever happen?

We’ve all been there – whether it’s accidentally brushing hands with someone as you grab the pole that you’re standing next to or catching someone glancing your way, there are so many missed connections on the tube. If flirting occurs, it’s very subtle…

Tube flirting is a daunting activity though. How do you do it?

Definitely don’t bring out the Tube-related chat-up lines, ie. “Did I see you in Islington the other day? Because you look like an Angel.”

Sometimes we might share a glance with a stranger, look away coyly, then look back again to find they’re still looking, but unfortunately this rarely goes any further. Eventually one of you gets off at your stop, whilst the other daydreams for a minute or so about what ‘might have been’. Maybe we need to be a bit more brave and forthcoming if these shared glances are obvious?

The big problem is the audience. No one wants to flirt ‘on stage’.

With twenty glaring eyes looking your way, imagine the embarrassment of being rejected. The ultimate cringe factor. How about a cheeky number swap though? A subtle pass of a business card or a number on a piece of paper before getting off at your stop? This has never happened to me in London before but once in New York, two very charming cops gave my friend and I their phone numbers. I must say the fact they were in uniform made it even better! Did we call them? No, but I’ve always been impressed by the charm of American police and servicemen – that’s another story though…

In London, I’d love the mystery of a stranger giving me his number and disappearing, with the ball in my court to find out more about him.

Perhaps we all need to start being a little braver rather than looking down and wondering ‘what if?’

This is something that can work both ways, after all, we’re in the 21st century. Guys – how would you feel if a girl gave you her number on the tube after sharing glances? Would you message her? I think it’s time we brought ‘real life’ flirting back into action rather than hiding behind our apps. In the past, before all this technology came about, our parents and grandparents wouldn’t hesitate to act on impulse if they liked someone. So why don’t we?

Let’s start seizing the moment and reviving the old fashioned way of romancing.

If you find someone attractive, don’t hide behind your phone – be brave enough to say so, or at least subtly give them your number. You’ve got nothing to lose, if they don’t find you attractive/they’re not single, you’ll probably never see them again anyway, but it’s worth a try, who knows where it could lead?

Fifty Shades of Grey: Fantasy or Fallacy?
Why It’s Great That He’s Just Not That Into You
The Best (Worst?) Cheesy Pick-Up Lines
How Much Physical Contact Is Appropriate on a Date?