Can Someone Really Steal Your Man (or Woman)? 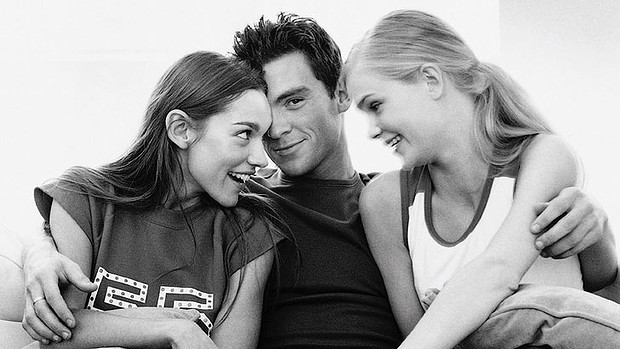 I’ve been thinking a lot lately about the whole concept of stealing. And not stealing things from a store or a bank but more the relationship kind of stealing. You know, like when someone says “you stole my man.” Maybe I shouldn’t watch so much trashy television.

You have two people who are in a committed relationship. One of them cheats and then decides to end the relationship to be with the person they are cheating with. Or you have two friends. One of them really likes a guy but then the other ends up dating him. What ends up happening is the person who “had” whoever beginning feels scorned because, well, they feel they had them first.

But, honestly, I’m not sure if I would agree with this whole thing here. I’m a genuine believer that someone can’t steal something that’s genuinely yours to begin with.

Now, before I go anywhere, please understand that I am not referring to people as property here. I don’t think of people or relationships in that manner. But I do believe that your significant other is yours in some sort of sense. The sense that you’re going to spend your life together.

I’m also not saying that people don’t have a right to be scorned in these situations. Cheating hurts. When someone wants to be with another person that hurts. And there is nothing wrong with feeling terrible about any of that.

That doesn’t mean that the relationship will be all rainbows, butterflies, and bowls of cherries either.  People are human and they make mistakes. Relationships are difficult and take a lot of work. But, at the end of the day this person wants to be with you so they factor you (and your relationship together) in their decisions.

And it’s not just about hurting you or about what you might think, it’s about the fact that they value what they have with you. And they value that it’s with you. You’re not that easily replaced. Being with someone else isn’t the same and doesn’t sound nearly as appealing to them.

Ultimately I believe that two people who truly love each other have a bond that isn’t easily broken by other people. Actually I would say it can’t be broken by someone else. If the relationship ends, it ends because of something else. Maybe something wasn’t working or the bond wasn’t as strong as you thought. But it’s not just because someone new came along.

It might be a really corny way of looking at love, but sometimes love is corny. And, at the end of the day, I don’t believe it’s possible for anyone to steal your man.