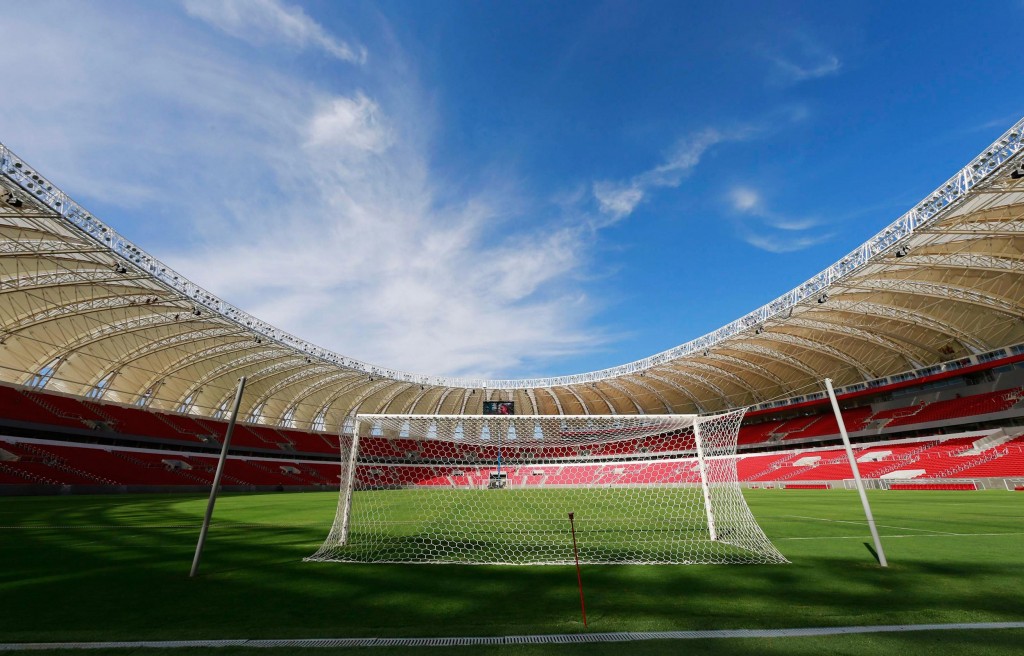 Image via jorge in Brasil on Flickr.
It feels like your man’s heart has been taken, but it’s not by another woman. Instead, it’s that one thing that can turn grown men into crying babies; FOOTBALL. You think back to how it was when you first got together, football didn’t matter…it was just about you and him.

Now your man is glued to the television 24/7 and when he’s not watching TV, he’s checking the results on his phone. The prognosis isn’t good; he’s been diagnosed with World Cup fever and there’s no known cure. Your only option is to let the fever run its course. It may feel like a lifetime but it’s only four weeks.

If your relationship feels strained, WeLoveDates is here to help. Here are 15 top tips for surviving the World Cup when your other half is football obsessed.

1) Don’t plan important events or accept joint invitations during that month
Whether it’s weddings, christenings, birthday parties, family get togethers, events or dinner parties – as a general rule if it’s during the World Cup, say ‘no’. If an important match is on, there’s no way he’s going to put anything else first, so to avoid relationship fireworks, save any serious commitments until after the World Cup frenzy is over.

2) Never say “it’s only a game”
As the legendary Liverpool manager Bill Shankly once said: “Some people believe football is a matter of life and death, I am very disappointed with that attitude. I can assure you it is much, much more important than that.”
Men take football extremely seriously to the point where it can reduce them to tears. They won’t remember your birthday or wedding anniversary, but you can count on it that they will remember who scored the winning goal in every World Cup match they’ve ever seen.

3) Use the ‘match time’ as an opportunity to go out with friends
Don’t feel down that you’ve become second choice to the TV, instead, use this time to your advantage and catch up with your girlfriends (especially the ones he’s not keen on).

4) Get some match time snacks (and get brownie points)
Embrace being the ‘hostess with the mostess’ – and use the World Cup as an excuse to buy some extra tasty goodies. Whether it’s pizza, fajitas, chicken wings, crisps or nuts – buy a tasty selection and turn it into your own World Cup themed party when friends are round. Don’t forget that the way to a man’s heart is always through his stomach. If you plan ahead, why not get a group of friends round? The girls can have cocktails and a catch up in the kitchen and the boys can sit in silence with their beers (occasionally shouting at the TV)!

5) Make an agreement to go out together when there isn’t an important match on
Your man isn’t going to be interested in all 32 teams that are playing, so make a pact to at least go out for one romantic lunch or dinner so you can both take a breather.

6) Don’t ask silly questions/attempt small talk during a match
If you try to talk to your man during a match, he’ll be about as responsive as a goldfish wearing earplugs. He’ll have a severe attack of selective hearing, which can be very irritating. If you try to make small talk or ask him what the ‘offside rule’ is during an important moment, you’ll probably just be ignored, or he could snap at your for distracting him, so just don’t bother.

7) If his team has lost, don’t take his bad mood personally
Men seem to take it to heart if their team loses. They ring all their friends to discuss where the team went wrong, how bad the referee’s decisions were and they will criticise the manager’s team selection like they could have done a better job. It’s normal for your man to be irritable after a losing match, so if he seems depressed/angry/snappy with you, it’s best to leave him to it until his mood has lifted.

8) Don’t make fun of his emotions
Football can do funny things to men and this can be on two extremes. Either they will become very tactile with each other and happily kiss, hug and jump on top of each other (both the players and the spectators). On the other hand, if their team is losing, you might find that your polite well-spoken boyfriend, is suddenly using a language that is alien to you as he shouts at the TV, telling the referee to do things that are…physically impossible. Just when you’ve got over his shocking language, you may find your suddenly bi-polar boyfriend is sobbing on the floor like a inconsolable child. Don’t worry, this is normal and you should just accept it rather than tease him.

9) Plan a holiday when the world cup has finished
A special treat – why not? If he can’t commit to giving you his time during World Cup month, why not suggest the idea of a holiday or a weekend break when the football is over? This way, you can help him celebrate or commiserate – a win-win situation!

10) Watch your favourite TV series or a film when the football is on
Take the opportunity of the 90 minutes of peace to watch a film you’ve always wanted to but he’s always found too soppy. Maybe there’s a new series you’d like to watch? Why not use World Cup month as your time to get into it?

11) Do the odd-jobs and activities you never have time to do
Maybe you want to rearrange your room, perhaps there are some photos you want to put in an album or a book you’d like to read? Sometimes it’s difficult to find that ‘alone time’ to do these little things, so make the most of it.

12) Pamper yourself
Get a manicure, pedicure, facial, massage or get your hair done. There are so many ways to pamper yourself – whether that’s at a salon, or having a relaxing bubble bath, with a face mask and a glass of wine at home. See it as a positive that he’s hypnotised by the football – at least you know he won’t disturb you!

13) Be thoughtful – record the match
If your man is away and misses a match, do something thoughtful and record the match without him asking. If that’s not possible, at least record the highlights or you could even text him an update if he’s on the go. These little gestures will not go unnoticed.

14) Have some fun with the country themes
Pick a team to support from each match and have some fun! When England are playing, put your English shirt on and cook some fish and chips. When Italy are playing, how about a bit of lasagne? When it’s Mexico’s turn, get the sombrero on, the margaritas chilled and make some tacos – your other half will appreciate your effort and creativity, especially if his friends are round!

15) Embrace it
A very important match is on, there’s a lot of hype and everyone’s talking about it. Instead of rebelling and acting disinterested, try applying the motto: ‘if you can’t beat them, join them!’ Give it a go, watch the match and recognise the plus points; even if you don’t understand the rules, there are 22 extremely fit men running around a pitch in the sweltering heat and at the end of the match, they’ll probably remove their shirts to reveal their muscular bodies. What’s not to like? Oh, and of course, let’s not forget – your team might win too!

So there are your football survival tips ladies. Now you know exactly how to deal with your resident ‘football addict,’ so take it all in your stride, get creative and you may even enjoy it!

In honor of the World Cup, we’re upping our game by offering members in select countries the chance to read their messages for FREE! Check below for our Free Read schedule and join WeLoveDates here to start taking advantage of this very special offer!

Looking for 40+ dates? Double your chances and give Mature Merseyside Dating a try for free today.

10 Things You Need To Know About Men, Body Language and Attraction
Who Should Pay on the First Date?
How To Flirt With A Girl...
The 5 Best Places To Take Your Girlfriend For Her Birthday