15 Signs That Your Girlfriend Is a Bunny Boiler 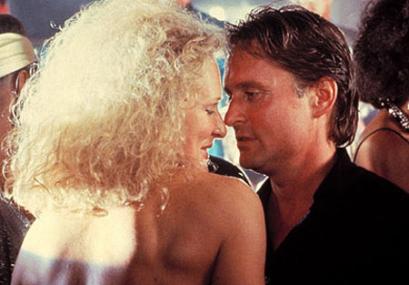 Inspired by a scene from the movie “Fatal Attraction” where the family pet was given an unfortunate introduction to a saucepan, the phrase “bunny boiler” is used to describe an unhinged, scarily obsessive and extremely jealous woman.

What is a bunny boiler?

If you’re worried that your girlfriend may fit into the category of “bunny boiler”, here are fifteen warning signs to look out for.

1) She texts and calls you non-stop
A bunny boiler will constantly bombard her boyfriend with messages and calls to keep tabs on him and make sure she knows where he is. She would probably be happiest if you had a GPS tracking device attached to you, so she could know your location at all times.

3) She doesn’t get on with your friends
If she makes no effort with your friends and seems to dislike them from the start, you should be worried. She will probably try to isolate you from them or turn you against them so it’s just the two of you.

4) She uses emotional blackmail on you
The chances are that you’ll be constantly feeling like you’ve let her down or you’re in the doghouse. Watch out for these mind games, it’s just another way of controlling you and making you feel bad so she’s got the power.

5) She’s always questioning you
Bunny boilers are notoriously suspicious, so watch out for being bombarded with questions about where you’ve been, who you’ve been talking to and how long for. It’s not her being interested in your life, she’s just looking for ways to trip you up so she catches you out somehow.

6) She has an aggressive side and a bad temper
You may think you’re dating a girl who’s bold and feisty at first, but watch out for this aggressive side – as the old saying goes “hell hath no fury like a woman scorned”.

8) She’s very jealous and paranoid about you cheating or getting female attention
You may feel like you’ve got a constant headache from the grief you get about communicating with other women. Bunny boilers are extremely jealous of all females, even if they are older work colleagues, family friends or people that pose no threat at all.

11) She never shows empathy for others
If your girlfriend always plays the victim but doesn’t ever show any empathy for others, she probably wouldn’t ever feel any guilt for her crazy behaviour, as she can only see the world through her own eyes.

12) She can’t handle criticism
Be careful of the girl who can never take any criticism and instead sees it as a personal attack. This is another example of making herself the victim.

14) She doesn’t want you to spend time with anyone else but her
Forget about friends, family or colleagues you want to meet up with – with a bunny boiler, it’s all about you and her. If you hint that you’d rather spend your free time with anyone else, then the green-eyed monster may start to surface.

15) She turns up unannounced at work or when you’re meeting friends
Beware – this girl is suspicious. She’ll make out it’s a “cute surprise” but really these out-of-the-blue appearances are just a way of checking up on you.

So now you’ve got more of an idea of some of the traits of a bunny boiler. In summary, this type of girl is super paranoid, controlling, obsessive, jealous and downright crazy. If your girlfriend has started to show a lot of these characteristics, it may be time to rethink if she’s the right girl for you! You can always look for new singles to help you get away from your bunny boiler!

Stop Worrying Your Man Will Cheat with the Anti-Cheating Ring
Why You Should Stop Comparing Your New Dude To Your Ex
How To Get a Response When Online Dating
Get Off the Crazy Train: Dating Behavior That Makes You Look Like a Psycho