How to Keep Your Cynical Side in Check 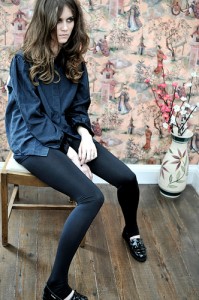 When you’re single, one of the hardest parts about dating is avoiding becoming that cynical gal. Sometimes, no matter how hard you try you can’t help but be a little negative when you’ve been on failed date after failed date for so long. Having faith that the person you’ve just met is genuinely good and being honest with you is not an easy task when you’ve been there so many times before and been let down. Usually, you want to believe in the good. You want to have faith. But somehow the fear finds a way to creep back in.

The true consequence of letting your jaded side takeover is the fact that you run the risk of pushing someone really fantastic away.  And let’s all be honest here, that’s a pretty crappy thing for all parties involved. So, here are 8 ways to keep your cynical side in check.

Remember everyone is different. Read that also as, not all guys are jerks.

I know, I know. It’s so cliché of me. But you know what? Some clichés are actually true so it’s OK to use them. There are lots of jerks out there, but there are also plenty of good guys. Stop stressing over the jerks and go hang with the good ones.

You gotta love like you’ve never been hurt before.

I promise this is my last cliché. You know that corny saying. I’m sure there’s a song about it somewhere. And, well, you have to date like that in order to love like that. So try to pretend like you’ve never had your heart broken a single time.

Always remember that the reward outweighs the risk.

Sure, the risk is scary. You could get your heart broken and feel like a total fool because you fell for a jerk. But, you could also end up with someone really awesome. So, yeah, I’d say the reward is so much greater.

When you find your brain is going into over drive, tell it to shut up.

Generally, I am afraid to trust someone because they tell me something and then I start thinking about all the what ifs. And, usually my brain is full of crap. So, seriously, tell it to shut up.

Be realistic about your expectations.

Prince Charming doesn’t exist. There are a lot of really great guys out there (really, I have met them). These guys will do really amazing things and be kind and generous. But, they are still human beings so they are going to mess up sometimes too. If a guy “messes up” don’t assume he’s just being a jerk. Just chalk it up to that whole human thing.

Don’t forget about the good.

It’s OK to think about the bad but remember the good too. It’s so easy to see the bad in things and then assume it’s going to turn out like all the rest. But, if you see the bad take a minute to remind yourself of the good too.

Everyone’s been hurt and everyone’s afraid.

Remember that he doesn’t know you either. He might have a whole list of fears of his own. Enough said.

Online Dating 101-How Long Should You Wait Before Meeting In Person?
Thailand - an adventure of culture, food and romance
20 Surprising Worries That Single People Have
Love Online: Can It Happen?