Back to December: The Best Online Date I’ve Ever Had 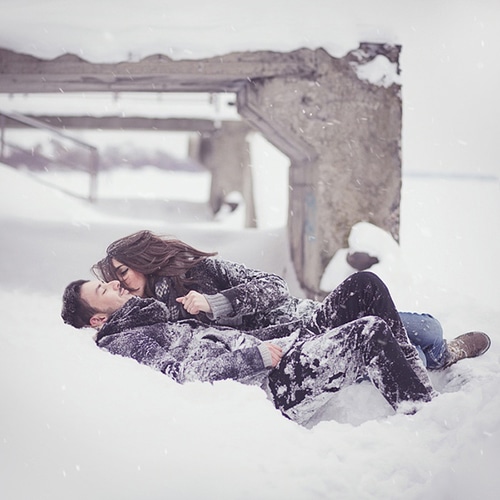 Too often, online dating gets a bad rap — the media loves to talk about the negative aspects and scary stories, but rarely mentions the positive parts and yes, I’m guilty of this, too. Just a few weeks ago I wrote about my own bad online date. I’ve found it’s often easier to write about the bad dates though I’m not sure why. Perhaps it’s because there’s no emotional attachment to the bad dates — you see someone once and it’s over with, whereas the good dates often lead to relationships, which lead to marriages … or painful breakups.

To prove that my digital dates don’t all end in horror, let me share one of the best dating stories in my personal repertoire. It happened a year ago, right smack in the middle of the holiday season, which is a tough one for singles. You’re faced with family and work gatherings, bombarded with “Are you seeing anyone?” and my personal favorite, “Oh, I have a friend that’s perfect for you!” (which never works). But surprisingly, this great date surpassed the bar that’s been set in my long online dating lifestyle, and I wanted to share it with you and give some positive energy to any of you frustrated online daters that may need it!

The Backdrop:  We’d been talking for a little over month, first through email, then texts and calls. I was then living on Martha’s Vineyard while she was on the mainland of Massachusetts. Trying to set something up was a pain (dating from an island is complicated!) so we kept in touch until our schedules matched up. I was excited to meet her; had a hunch we’d hit it off, unlike most of my dates where I’m typically on autopilot.

The Date:  It was the day after Christmas. We decided to meet for a few drinks at a restaurant bar. The night’s forecast called for snow to develop at some point. We almost canceled, but decided we needed to meet — digital pen pals aren’t fun as people IRL.

The First 30 Seconds:  We met at the bar’s entrance and walked in. As I locked eyes with her, I started to lose it. Her smile literally made me weak in the knees (I guess that’s not just a saying), heavy breathing, sweaty palms. What the hell? I don’t get nervous on dates, this never happens to me.

The Next 5 Minutes:  We sat side-by-side at the bar and instantly positioned our bodies so we directly faced each other. Our chemistry was so strong it felt like we had known each other for years. I was mesmerized; pretty sure the guitar riff to Linger randomly started playing in my head.

Next Few Hours:  We decided to go to another bar; I drove. At this point, snow was falling and coated the roads with a light dusting, adding to the ambiance of our date. We jammed out to a few songs on the drive. And little did I know she would soon inspire me to act mushier than the slush squishing beneath our feet.

The Rest of the Night:  As we sat barside at our new location, there was a moment when she was animatedly telling a story when she put her hand on my knee next to where my hand was resting. Instinctually, I held her hand as she continued to talk. I’ve never done that before, let alone to someone I just met two hours ago, but it felt right. A few minutes later I actually said, “Should I go clean the snow off our car before we go?” Um, “our car?” First I hold her hand and then my car is now our car?  I’m typically a cold-hearted, arrogant, egotistical douchebag on date one, but she was turning me into a soft teddy bear. I couldn’t stop it and I didn’t want to — wasn’t even sure this side of me existed anymore until that moment.

As we walked out to our my car, the snow was falling all around us, and I could only think about kissing her. A few steps away I couldn’t take it anymore — I spun her around and went for it. The kissing didn’t stop for the next two hours. That’s as far as it went (OK, there may have been some dry humping). In between the PG-rated action we kept talking about how crazy our chemistry was. We even made plans for a second date before the first one ended.

We sat parked next to her car for what seemed like forever. Every time one of us tried to leave, the other would go in for another kiss. There was a moment just before she got out of the car when “Ho Hey” was on the radio, and we looked into each other’s eyes smiling as the snow slowly blanketed my windshield, when I thought, “Is this real life?” It truly didn’t seem real.

At eFlirt Expert we often ask our clients to describe their “gingerbread,” their cookie-cutter image of what an ideal partner is (in appearance, personality traits, common viewpoints, etc.). The entire night I wondered why I was so emotionally attracted to this girl (as I was obviously physically attracted to her) until it dawned on me — she was my gingerbread.

Around 3:30 in the morning we laughed at each other and waved from our respective driver’s seats and went our separate ways. And yes, we dated for a little while after that but unfortunately, things ended.

Granted, very few online dates will yield results like this, but the possibility is always out there. And given the negative energy that can often surround digital dating, it’s important to remember the possibilities, possibilities like this one. After all, it’s why we go through the process of creating a profile, messaging matches, and getting offline to meet new people. We’re looking to find someone we have great chemistry with — myself included.

So I know it’s rough out there, especially at the end of the year. But be patient — you never know when your gingerbread is going to come fresh out of the oven and stare you right in the face. 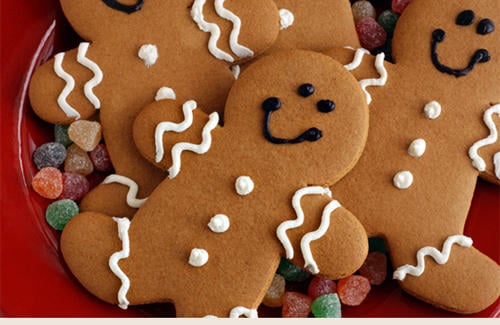 The Pros and Cons of Cuddling
Why It's So Important To Make a Woman Laugh If You Want To Date Her
The Differences Between Dating British Men vs American Men
Online Dating and Weight: Keep the Pressure Under Wraps